Home / Europe / Prosperity Preacher Wants His Church Members To Buy Him A Fourth Private Jet, Says God Wants Him To Have It

Prosperity Preacher Wants His Church Members To Buy Him A Fourth Private Jet, Says God Wants Him To Have It 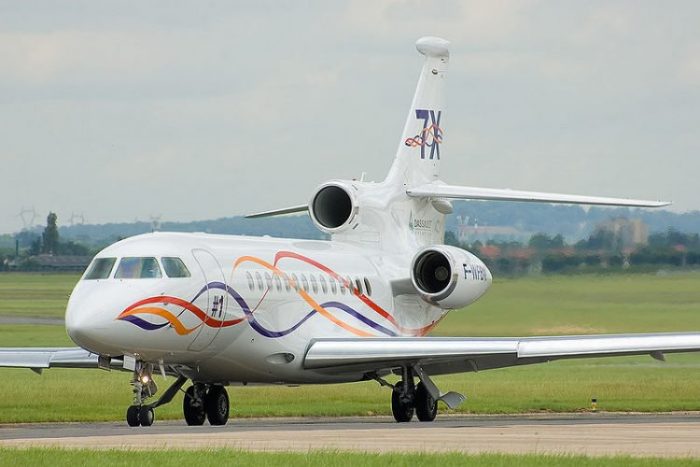 One of America’s high-profile prosperity preachers, Jesse Duplantis, has made it clear that he wants a new $54 million Dassault Falcon 7X private jet, and he wants his followers to pay for it.

Duplantis already has three private jets. This would be his fourth.

The preacher runs a ministry and a church in Destrehan, Louisiana, just outside New Orleans.

All of his private jets were paid for in cash with donations from his faithful flock, but he now wants them to once again come through for him so he can buy the three-engine Dassault Falcon 7X private jet which would allow him to fly “anywhere in the world in one stop,” increasing his global reach and reducing fuel costs, because he has his own fuel farm.

According to a video message where the 68-year-old prosperity gospel preacher was appealing to his followers, “I want you to believe in me for a Falcon 7X. Now, some people believe that preachers shouldn’t have jets. I really believe that preachers ought to go on every available voice, every available outlet, to get this gospel preached to the world.”

Duplantis then goes on to explain to viewers how he managed to buy his three previous private jets with donations from his followers. He added that he could just use his current jet, which he bought in 2006, but that the $54 million Dassault Falcon 7X would actually help his ministry spread the gospel more efficiently, by reaching far away places on a single fuel stop.

In the video, Duplantis claims that God told him “I want you to believe in me for a Falcon 7x”, and when he was asked how he was going to pay for it, the preacher said that he remembered what God told him back in 1978 – “Jesse, I didn’t ask you to pay for it, I asked you to believe for it.” So he’s now asking his flock to “pray about becoming a partner for to it”, which basically means donating money to his ministry.

He continued: “So pray about becoming a partner to it, if you’d like to. And if you don’t, you don’t have to, but I wish you would, because let me tell you something about it – all it’s gonna do is touch people, it’s gonna reach people, it’s gonna change lives, one soul at a time. I really believe that if the Lord Jesus Christ was physically on the Earth today, he wouldn’t be riding a donkey. He’d be in an airplane flying all over the world.”

More conservative Christians have reportedly criticized Jesse Duplantis’ unusual crowdfunding efforts. These critics argue that the tens of millions of dollars in donations could be put to much better use than a new private jet. Some asked why Duplantis and other preachers needed private jets in the first place, when they could just jump on commercial flights instead.

But the preacher clarifies that three years ago, when along with fellow televangelist Kenneth Copeland, he defended the need for a private jet.

“You just can’t manage that today, in this dope-filled world,” Copeland said. “You get in a long tube with a bunch of demons, and it’s deadly.”

The two famous preachers, Copeland and Duplantis, agreed that private jets were essential to fulfilling their ministries’ mission.

So if tubes are dangerous because they are filled with demons, according to Copeland, what happens to church members who cannot afford private jets? Ask again.

Saxon is a prolific writer with passion for the unusual. I believe the bizarre world is always exciting so keeping you up to date with such stories is my pleasure
Previous Swedish Brewery Uses Recycled Sewage To Make Beer
Next Hilarious! See Wacky Dog Barks You’ve Never Heard Before