Woman Claims She Can Smell Imminent Death On People 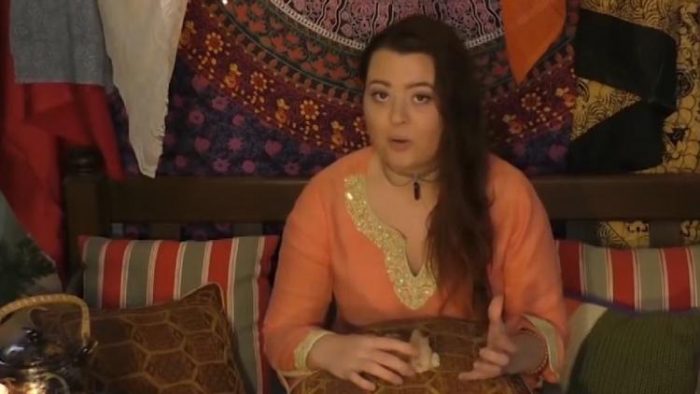 Call her a psycho but she has what you can call an undertaker’s sense of smell. She says she has the ability to perceive the ‘aroma’of death on any body so you need to be careful while coming near her if you don’t want to know whether you are abut to die or not.

Check this story out;

A woman from New South Wales, Australia, Ari Kala, claims she can tell if anyone if about to die by simple sniffing on the person’s body.

The 24-year-old self-styled ‘psychic coach’ says she discovered her talent at the age of 12 while visiting her terminally ill uncle.

She says she could recall picking up an odd smell in his house the night before he died and thinking it was his remains. However nobody else could smell it, and Kala says that the “odd, sickly sweet rotten kind of smell” turned out to be that of imminent death, which she would detect countless times throughout her life, especially among people with terminal diseases and the elderly.

According to her, “The year before I started high school I visited my uncle to be with him as he died. The night before his death I picked up this odd, sickly sweet rotten kind of smell in the house. I thought it was the smell of his remains as I had never smelled that before. But no one else could smell it. I realised later it was the frequency of death I could smell,” Ari Kala recently told Caters Clips. “Since then, I’ve experienced the same thing around people with terminal diseases or the very elderly – too many times to count.”

She says by the time she smells death on people they are almost dead so telling them they were going to die made no sense.

According to Kala, “Sometimes it feels like a burden. I used to want to say something, however I realized it’s not my duty. It’s kind of useless – how could it help anyone? How I can walk up to strangers with this smell and help them? What if they don’t know they are going to die soon? If I told them that and they weren’t aware, it could be catastrophic. I don’t see how it’s up to me to interfere with their fate.”

This is why, according to her, she decided not to focus on her ability too much, opting instead to teach young women how to put their own psychic ability to good use.

The ability to smell death is indeed a strange one.

Saxon is a prolific writer with passion for the unusual. I believe the bizarre world is always exciting so keeping you up to date with such stories is my pleasure
Previous Zambia To Begin Arrest of WhatsApp Group Administrators
Next Tech! Chinese School Uses Facial Expression To Monitor Students’ Attention In Class