Home / Europe / Man Helps Wife Get Married To Her Boyfriend

Man Helps Wife Get Married To Her Boyfriend

An Indian man is currently trending online for helping his wife get married to her boyfriend.

The incident took place on Wednesday, at the Sanigwan village, Kanpur, in the state of Uttar Pradesh, India.

Sujit alias Golu help solemnize the marriage of his wife, Shanti to her lover, Ravi who resides in Gosaingan area of Lucknow, reports Times of India.

It was reported that Sujit, who is native of Sanigwan, married Shanti of Shyam Ngar area of the city on February 19. The wedding was solemnised as per the rituals. 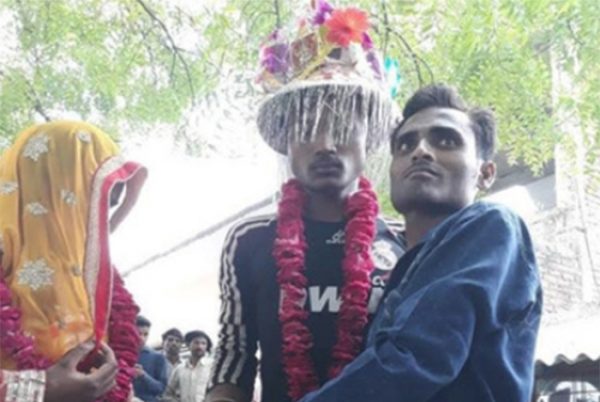 The was just two weeks old when Shanti, over some pretext left her in-law’s place for her parents’ place.

“It was when Shanti did not return for quite long, Sujit approached her and asked her about the cause of not returning home. Initially, she skipped Sujit’s queries, but finally one day she broke down and confided with him that she was in love with a Lucknow guy and was married to Sujit against her will,” said sources further.

When Sujit found out, he was initially worried but later he promised her to get her married to her beloved and in the process convinced her parents too.

That was what Sujit did and the wedding was witnessed by friends and well wishers.

Saxon is a prolific writer with passion for the unusual. I believe the bizarre world is always exciting so keeping you up to date with such stories is my pleasure
Previous Drama As Popular Witch-Hunter Prophet Runs Away With Broken Head After Engaging In Bloody Battle For Five Hours With ‘Demon’
Next Tourism! See The Famous Sinnam “Penis Park” In South Korea