Burundi Angered By French Gift Of Donkeys To A Village 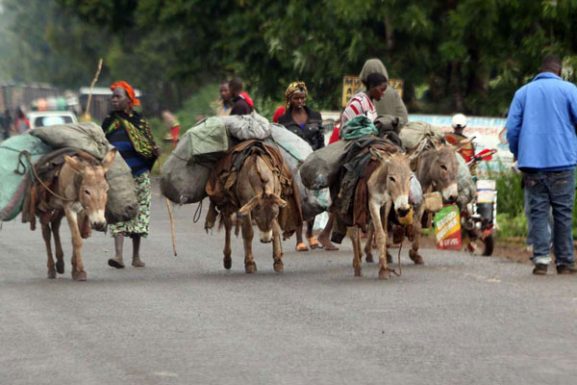 The Burundian government seems not to be happy with a gift of donkeys given to a village in that country by a Non Governmental Organisation (NGO) supported by France.

The Agricultural Ministry quickly ordered the quarantine of 10 donkeys donated to a village through French funding, a situation which sparked off a debate in that country regarding the motive for the gifts, report’s AFP.

The NGO had given the donkeys which were purchased in Tanzania, to a village in Gitega province, Burundi, to help women and children to transport agricultural products.

But this gesture was seen as an insult by Burundian government officials some whom saw it as an insult to the nations.

Spokes person for the Senate of Burundi, Gabby Bugaga, wrote on twitter that the French were “taking us for donkeys. To be honest, is the donkey a symbol of a quality or flaw?”

Global Times reports that on Sunday, Agriculture Minister Deo Guide Rurema asked a local administrator to “facilitate the immediate withdrawal of all donkeys that have been distributed… without respecting the technical procedure of the distribution of exotic animals.”

On Thursday, the day the project was inaugurated, French Ambassador Laurent Delahousse praised “the introduction of the Land Cruiser of the animal kingdom to Burundi.”

After the controversy he said that to his knowledge “all procedures were respected.”

A European diplomat, speaking on condition of anonymity, said Burundi was hitting back at France over a statement criticizing a referendum earlier this month which reformed the constitution, allowing President Pierre Nkurunziza to seek another two terms in office and remain in power until 2034.

The diplomat said a similar project in Ruyigi province financed by Belgium, had not met any problems.

What the French government felt was a good gestured turned out to be a foreign policy trouble.

Saxon is a prolific writer with passion for the unusual. I believe the bizarre world is always exciting so keeping you up to date with such stories is my pleasure
Previous Real Madrid Trophy Cabinet Too Small For 13th European Cup
Next Russia 2018! Ronaldo Hires Dare-Devil Bull Fighter As Body Guard