If you’ve been to South Korea but you never visited the Penis Park located in the tiny Port of Sinnam, then you may have to go back. This is the Haesindang Park, which is unofficially and popularly known as “Penis Park.” It is built as a monument to fertility, based on a story about a virgin and fish. In fact, the “Penis Parks” have now become so popular in South Korea that there are others built in other parts of that country apart from the one in Sinnam Port which is the most famous across the world.

In the Sinnam “Penis Park” you will find giant-sized penises constructed on every part of the Port. Even the light house in the park is shaped like a penis.

The park is dedicated to the memory of a young virgin woman whose fisherman lover left on a rock while he went down the river to catch fish. While the man was away a storm came and killed the woman. Stories had it that because the virgin was abandoned on the rock and she died there the villagers could no longer catch fish in the river. They tried as much as they could but no fish was caught.

The villagers then did the only thing that is done when a virgin dies in a storm – to build giant wooden penises to appease her spirit. After doing this the villagers were able to catch fish again. Strange but it worked. So they continued to erect more carvings in her honour. With time, giant wooden “penises” were beautifully scattered around the park. 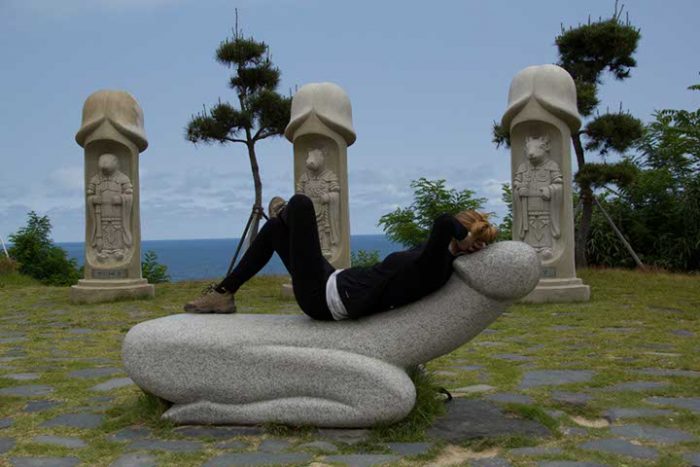 The Haesindang Park then became a famous tourist destination for South Koreans and tourists from all over the world.

Today, you find various impressions and uses for the “penises” at the park. You can find a penis laughing, you find people flying on a penis, posing as models on a penis, or simply sitting on a penis while thinking about nature and life. 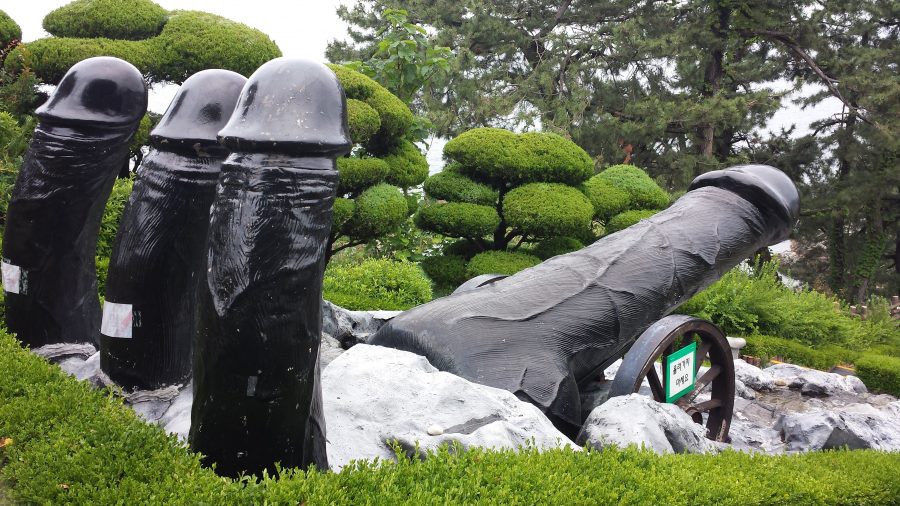 The popularity of “penis parks” in South Korea does not reflect the birth rate in that country. That is why the penis park is less of an oddity in South Korea which has one of the lowest fertility rates in the world. Among the 35-member club of mostly rich nations, Korea has the lowest rate. According to Ryu Yang-ji, director at the Presidential Committee on Aging Society and Population Policy, “Young people face a harsh reality which includes high unemployment rates and an unstable job prospective so individuals choose not to have a child to sustain their own lives.”

The Haesindang Park has remained the most popular “penis park” in South Korea. Check it out whenever you visit that country. 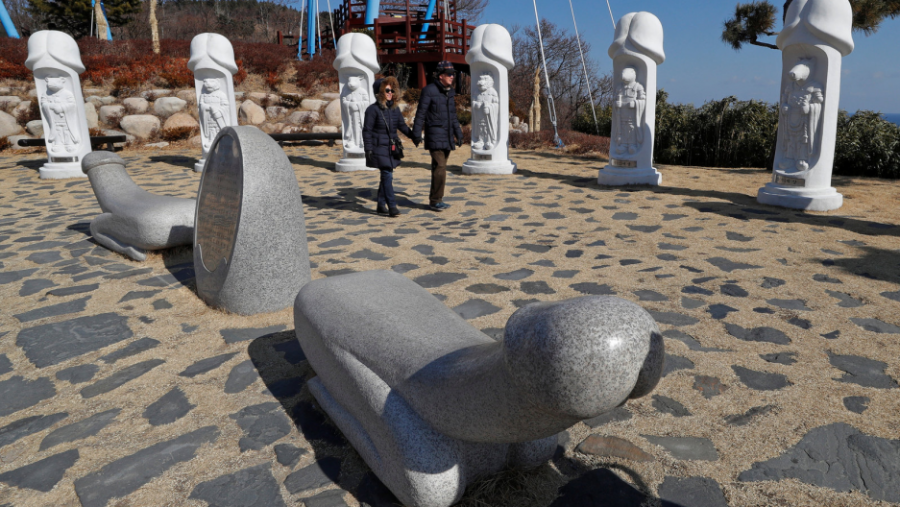 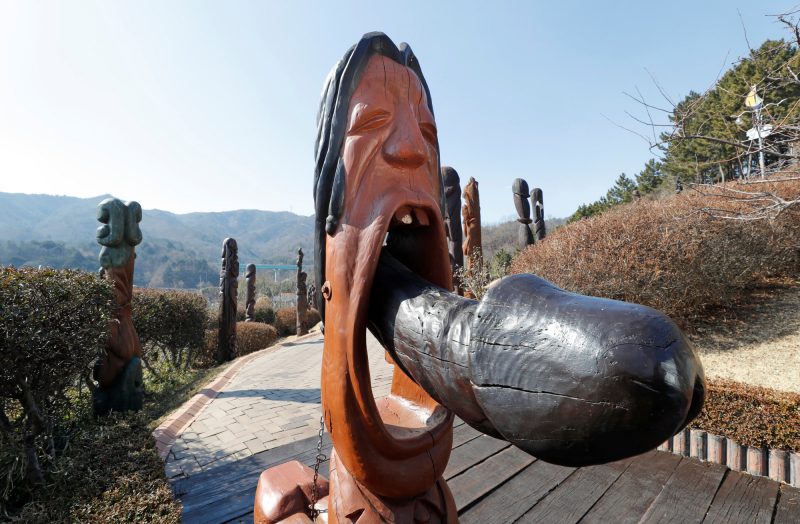 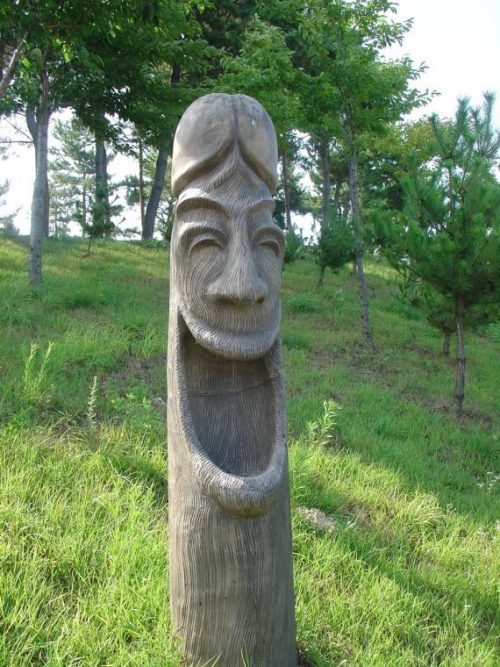 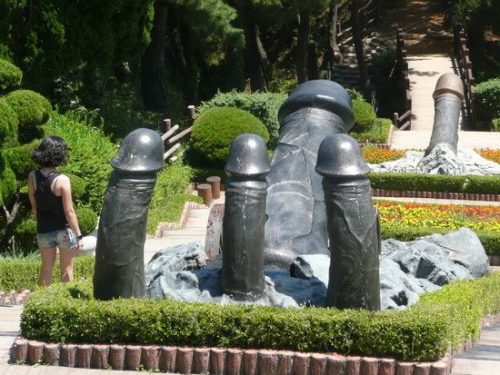 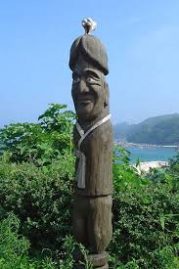 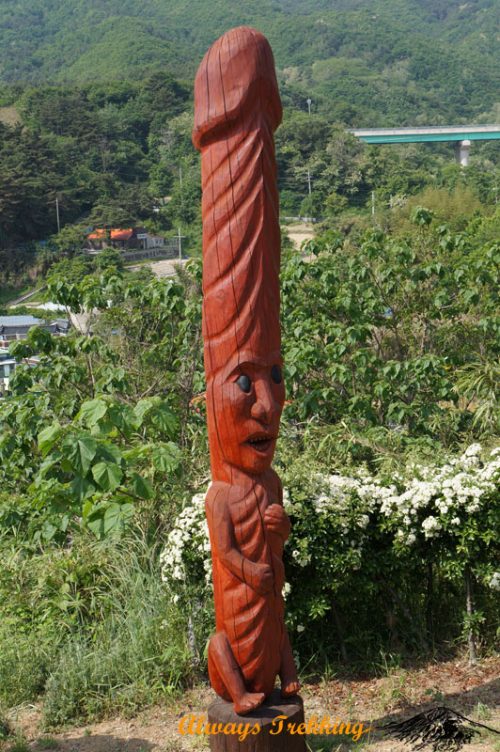 Saxon is a prolific writer with passion for the unusual. I believe the bizarre world is always exciting so keeping you up to date with such stories is my pleasure
Previous Man Helps Wife Get Married To Her Boyfriend
Next Real Madrid Trophy Cabinet Too Small For 13th European Cup