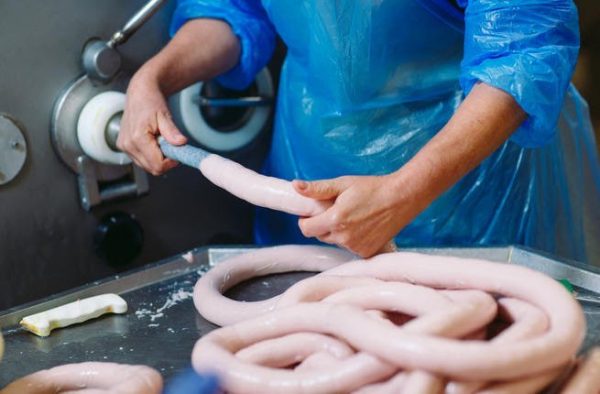 A factory worker is in trouble after he put foreign items in sausage rolls.

Jonathan Lane who works on the processing line of Johnsonville sausage plant in Sheboygan Falls, Wisconsin, put the foreign objects in the meat in March. He first put a cigarette paper and three days later he put a wire connector in another meat.

He is currently standing trial for this action and could get up to 10 years jail time with a fine of up to $250,000 on each count.

Prosecutors reported that the items were removed before packanging and Johnsonville closed down the factory and removed all products that may have been affected.

Saxon is a prolific writer with passion for the unusual. I believe the bizarre world is always exciting so keeping you up to date with such stories is my pleasure
Previous Man Drags Neighbour To Court Over Noisy Grinding Machine
Next “Rapping Doctor”! Unlicensed Surgeon Films Rap Videos While Operating On Unconscious Patients