This is rare in a developing society s 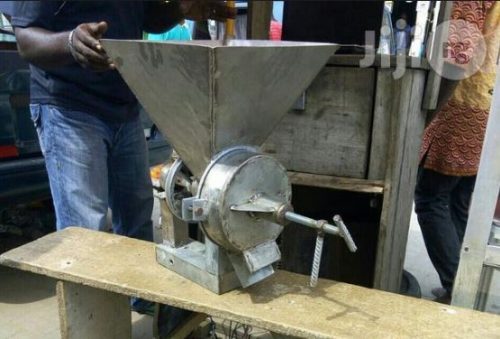 uch as Nigeria where people believe anyone can do anything and get away with it.

But 35-year-old Auwal Kasimu has just proved that everyone has right to enjoy peace of mind and be is attempting to enforce that through the law court.

Mr. Kasimu dragged his neighbour, Mrs. Bikisu Abdullahi to court on Tuesday over alleged uncontrolled noise from her grinding machine.

He told the court that Mrs. Abdullahi’s grinding machine which she was using in their compound was causing his hypertensive mother more stress, adding that his mother’s doctor had told her to rest in a peaceful environment which Mrs. Abdullahi’s activity was preventing.

He said the woman did not have specific time for grinding but utilized the machine at any time of the day, without regard to the peace of mind of the neighbours. He also said Mrs. Abdullahi was his uncle’s wife but efforts to settle the matter with his uncle failed as a result of which he decided to go to court.

He also alleged that Mrs. Abdullahi was littering the compound with dirt and droppings of chicken she reared.

In her defence, Mrs. Abdullahi denied littering the compound but said the grinding machine was her only source of income since her sick husband could no longer fend for the family.

The judge, Musa Sa’ad, advised the parties to live peacefully but said the court would visit the compound to see what the complainant was talking about before deciding what next to do.

Saxon is a prolific writer with passion for the unusual. I believe the bizarre world is always exciting so keeping you up to date with such stories is my pleasure
Previous Policemen Gambling On Duty Arrested In Lagos
Next Factory Worker To Be Jailed 10 Years For Stuffing Cigarette Paper, Wire Connector In Sausage