Tunisian Goalkeeper Mouez Hassan was said to have faked an injury during his country’s World Cup warm up match with Turkey so that his team mates can break Ramadan Fast.

And it worked! His team was down by 2 goals but when the players quickly broke the fast they scored two goals. 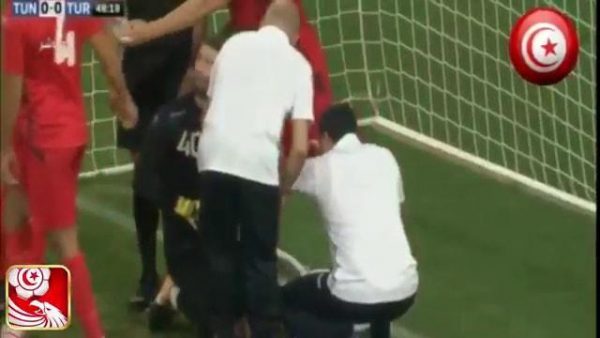 Mouez went down in the 49th minute after what could be described as harmless collision with an opponent.

As he stayed down, his team mates who already knew that Ramadan fast had ended took the opportunity to dash for snacks and drinks available with their team officials at the touchline.

The entire team and officials calculated that the time of sunset, known in Islam as Iftar, or the breaking of the fast, would fall within the early stages of the second half.

That was when the Tunisian keeper made the move, stayed on the ground while his team mates broke the fast; then they scored two goals to end the match at 2-2. 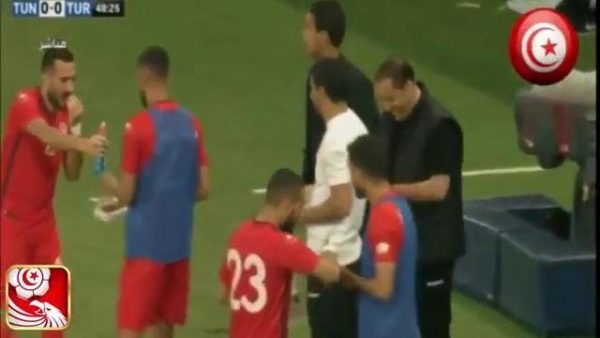 Hassan was said to have pulled the same stunt during his country’s warm up match against Portugal.

He went down at the 58th minute in that game while his team were 2-1 down against the European Champions.  Tunisia went ahead to equalize just six minutes after breaking the fast, also ending that match at 2-2.

Saxon is a prolific writer with passion for the unusual. I believe the bizarre world is always exciting so keeping you up to date with such stories is my pleasure
Previous University Girl Gives Conditions For Going Out With Any Guy, No Sex On Mondays, Not Less Than Five ‘A’Grades A Semester
Next Shark Bites Off Man’s Manhood While While Swimming At Beach