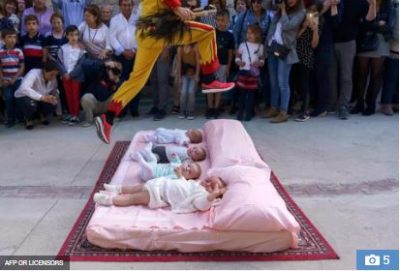 A Spanish community is attracting so much attention with one of their bizarre religious traditions which they decided to retain. It is the practice of having men dressed like the devil jumping over babies as a way of bringing good luck to them. 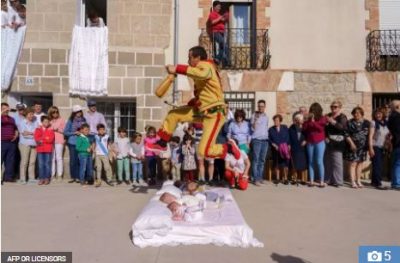 Men dressed as devils were spotted jumping over infants placed on a mattress in the Street in the Northern Village of Castrillo de Murcia, Spain.

This tradition dates back to 1620 and it is an annual ceremony known as El Salto del Colacho. 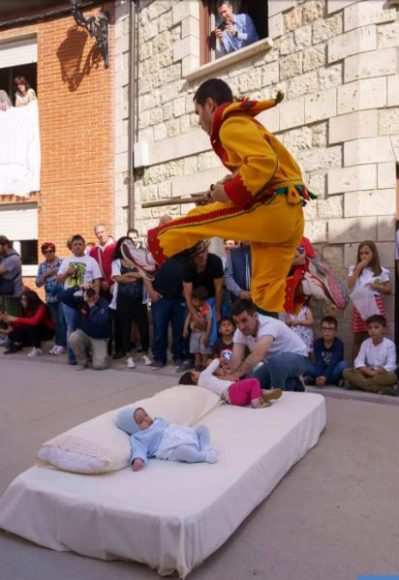 The ceremony is held to celebrate the Catholic feast of Corpus Christi and is said to represent the triumph of Christianity over evil.

It is still in doubt whether Catholic communities inmost other parts of the world will agree with this practice of having ‘devil’ jump over christian babies.

Saxon is a prolific writer with passion for the unusual. I believe the bizarre world is always exciting so keeping you up to date with such stories is my pleasure
Previous “Rapping Doctor”! Unlicensed Surgeon Films Rap Videos While Operating On Unconscious Patients
Next Rare Condition Makes An 18-Year-Old Boy Look Like An 80-Year-Old Grand Pa