Man Dies While Trying To Take ‘Selfie’ With Lightening 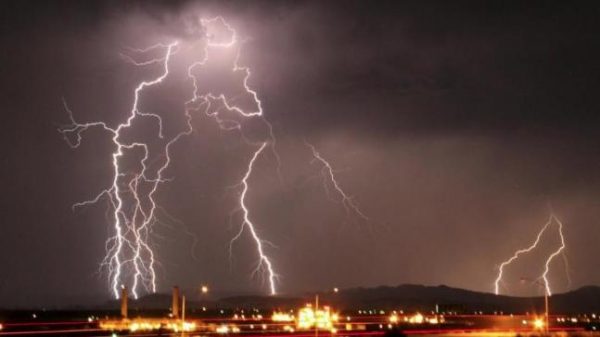 A 43-year-old man in India has ended up dead while trying to take a natural photo of lightening with his mobile phone.

The incident happened on Wednesday in Thiruvallur district in the Indian State of Tamil Nadu.

Police identified the man as H M Ramesh of Thuraippaakm.

According to the police, Ramesh was said to have collapsed and died while trying to take photo of the lightening and it struck him. He collapsed immediately and died with serious injuries on his face and chest.

This happened while the deceased was visiting a friend’s shrimp farm in Sunnampukkulam.

The police then warned people to stop attempting to take photos of lightening, a act which was a common practice in the area.

Saxon is a prolific writer with passion for the unusual. I believe the bizarre world is always exciting so keeping you up to date with such stories is my pleasure
Previous Uganda Begins Arrest Of Citizens With Pornographic Photos, Videos, Screenshots Online
Next Female “Ghosts” Display Dress Designs In Saudi Arabia Fashion Show (VIDEO)