Home / Europe / Company Buries $50,000 Worth Of Cryptocurrency On Mount Everest, Challenges The Brave To Go Find It

Company Buries $50,000 Worth Of Cryptocurrency On Mount Everest, Challenges The Brave To Go Find It 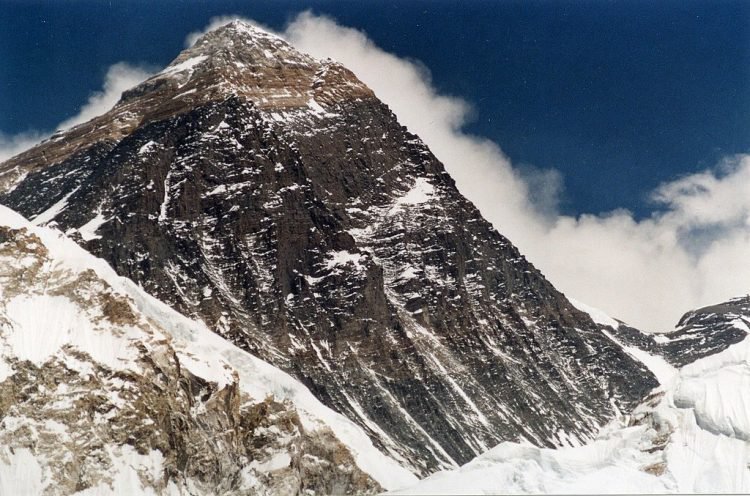 The increasing popularity and acceptance of cryptocurrencies has been taken literally to a higher level as the World’s largest Question and Answer online platform, AskFM, has planted cryptocurrency worth $50,000 on mount Everest, asking the audience to go find it and become rich.

The popular Q&A platform launched its own cryptocurrecncy, ASKT, and began the publicity stunt by burying a crypto wallet  loaded with 500,000 tokens on mount Everest and asking any brave member of the public to go and get it.

The tokens are worth $50,000 now but reports say that if cryptocurrencies rise as is being speculated the tokens could be worth millions of dollars.

In an effort to raise awareness about its new crypto, called ASKT, AskFM came up with a controversial publicity stunt that involves challenging brave people to climb Mount Everest and look for a cryptocurrency ledger with $50,000 in tokens buried somewhere on the summit. It’s ‘finders, keepers’.

But controversy has already started befalling this publicity stunt by AskFM. The company has failed to mention that a human life has most likely already been lost in the production of the video, and that others could follow, should some inexperienced climber decided to take AskFM up on their challenge.

AskFM had three Ukrainian mountain climbers take two ledgers of ASKT up on the top of the world. One of them was brought back down, while the other was buried somewhere on Everest. What the company’s press release fails to mention, however, is that during the decent, one of the two Sherpas accompanying the climbers was left behind, and never made it back down. He is presumed dead.

“At the top of Everest the weather was very bad, and then we were coming down. We were going down to Camp 4, which is at about 7900 m, and one Sherpa was dying. That’s all we know,” one of the Ukrainian climbers told Financial Times. He was behind us, so we don’t know what happened to him. “We were going fast and the Sherpa wasn’t coming with us. He was coming behind so we didn’t see him.” 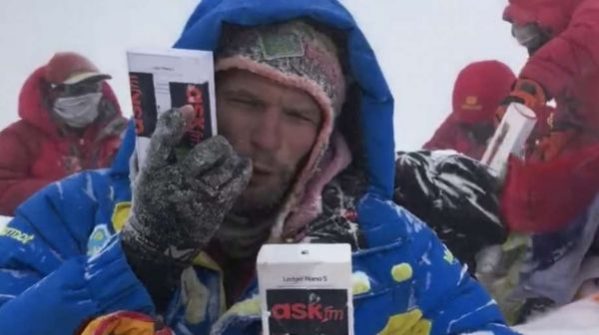 The Sherpa, identified as Lam Babu, was apparently a very experienced climber, having conquered three Everest summits, as well as three other 8,000 meter peaks—Cho Oyu, Manaslu and Annapurna— all in the Himalaya. Still, something happened, and he didn’t make it back to camp.

One of the professional climbers involved in the stunt also suffered frostbite to his hands and feet, but he has since made a full recovery.

The publicity stunt was intended as a play on one of the most popular memes in the cryptocurrency world – “to the moon”. The idea behind it is that the price of crypto will skyrocket and make the owner a rich man in the process. It was also meant to suggest that AskFM is not afraid to take risks and that their cryptocurrency token is superior to the others currently flooding the market.

ASKT currently sells at 10 tokens for $1, so the 500,000 token buried on Everest is currently worth $50,000. But what if ASKT proves so popular that prices skyrocket? People may not be willing to risk their lives for a few tens of thousands of dollars, but what if that turns into millions, tens of millions? Climbers from all over the world will converge on Everest hoping to fulfill their dream of conquering it and getting rich in the process.

Some critics are still wondering whether the effort is worth is in view of the alleged death already record in the process but most people agree that the stunt is creative and impressive.

Saxon is a prolific writer with passion for the unusual. I believe the bizarre world is always exciting so keeping you up to date with such stories is my pleasure
Previous Fashion Blogger Buzzing The Internet With Her Huge Eyebrows
Next Prophet Vomits Money During Church Service