Fashion Blogger Buzzing The Internet With Her Huge Eyebrows 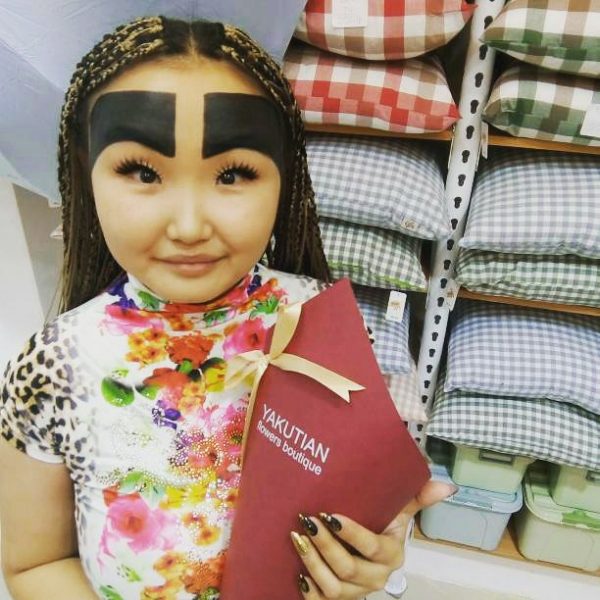 This is how new fashion tips become start trending in any society. From the first person bold enough to try it out to others who follow up. Well, can you really try this one out?

A Russian fashion blogger, Anzhelika Protodyakonova, is currently breaking down the social media with her own version of eye brow. The huge eyebrows give her face a bizarre look as she smiles to the world.

The young fashion blogger from Russia, shot to social media fame after photos of her huge eyebrows, which cover most of her forehead, went viral on the internet.

So, what is Anzhelika Protodyakonova inspiring story? How did she become a popular online fashion blogger and a social media star in her native country?

The story began seven years ago, while riding on a bus in Yakutsk, Russia’s Sakha Republic, Anzhelika drew the attention of another passenger who just couldn’t stop looking at her unusually large eyebrows. The woman took a photo of her and posted it online, where it quickly went viral.

That enede up a smart move because Anzhelika soon became known as “Bushy Angie.” Though she admits being embarrassed by the photo at first, the young girl quickly embraced her new-found popularity and even managed to make a living off of it. 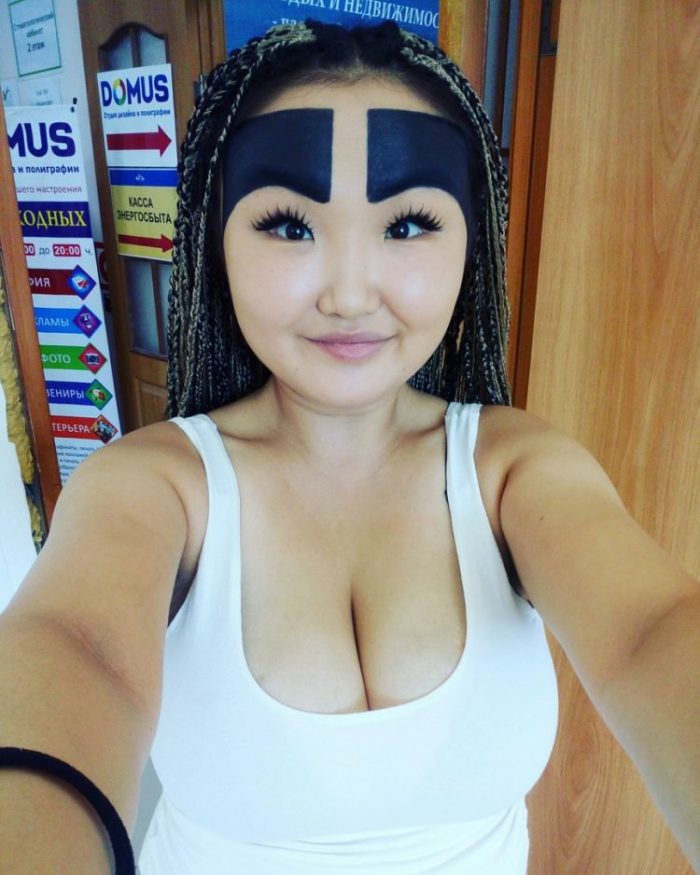 Anzhelika’s photo even crossed national boundaries and inspired famous fashion bloggers to replicate her unusual look and even post tutorials for others to do the same. Seeing the world so fascinated by her eyebrows, Protodyakonova decided to take things even further. She started making her eyebrows even larger, to the point where they took up her entire forehead. People just ate it up. Her social media accounts began to attract huge traffic with tens of thousands of followers coming on board.

Her stardom even grew into the television world as she started getting invited to various television shows. Her eyebrows had made her a star.

Anzhelika Protodyakonova’s huge eyebrows, which some sources claim was inspired by the hit mobile game Angry Birds, have somehow remained relevant for over seven years now. The young woman has over 90,000 followers on Instagram, and can reportedly support herself just by posting new photos of her eyebrows regularly and advertising various beauty and health products on her social media accounts.

Anzhelika’s story is truly inspiring to many who see that you can actually start something on your own and grow to stardom with dedication and commitment.

But the question remains, can you try this out?

Saxon is a prolific writer with passion for the unusual. I believe the bizarre world is always exciting so keeping you up to date with such stories is my pleasure
Previous This ‘Fake’ Pilot Has Been Flying Passenger Planes For Over 10 Years Without Attending Aviation University
Next Company Buries $50,000 Worth Of Cryptocurrency On Mount Everest, Challenges The Brave To Go Find It