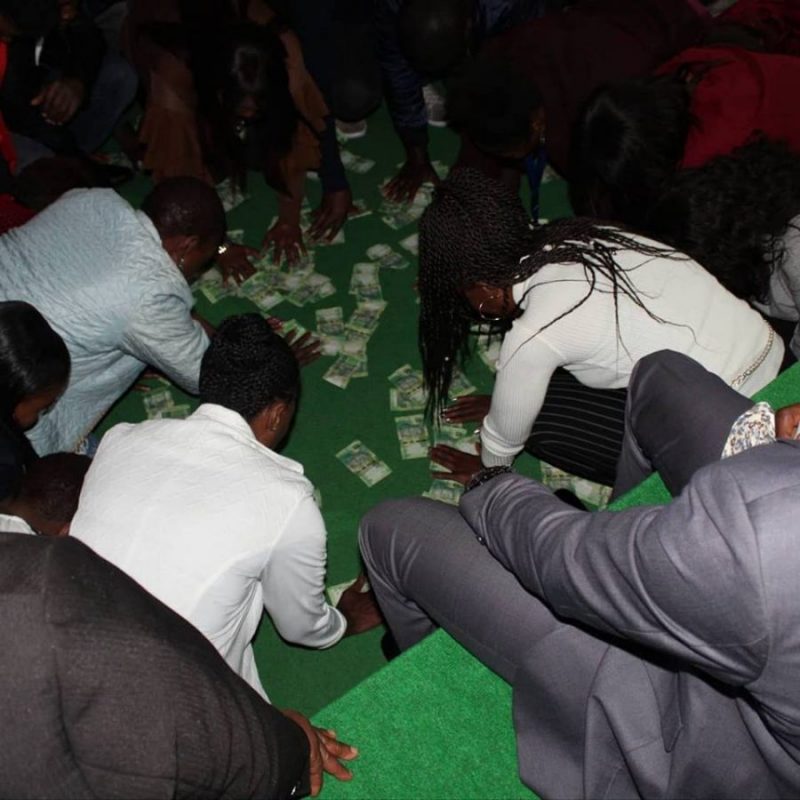 A South African prophet has demonstrated his ‘gift’ in a way that will surely see his church overflowing with new members in months to come.

The prophet identified as Seer1, left several church members scrambling for various currencies which he vomited from his mouth during church service last Sunday.

Prophet Seer1 told his church members that he carried his millions around inside his tummy. After making this comment he began to vomit different currencies as his congregation scrambled for the cash on the floor. 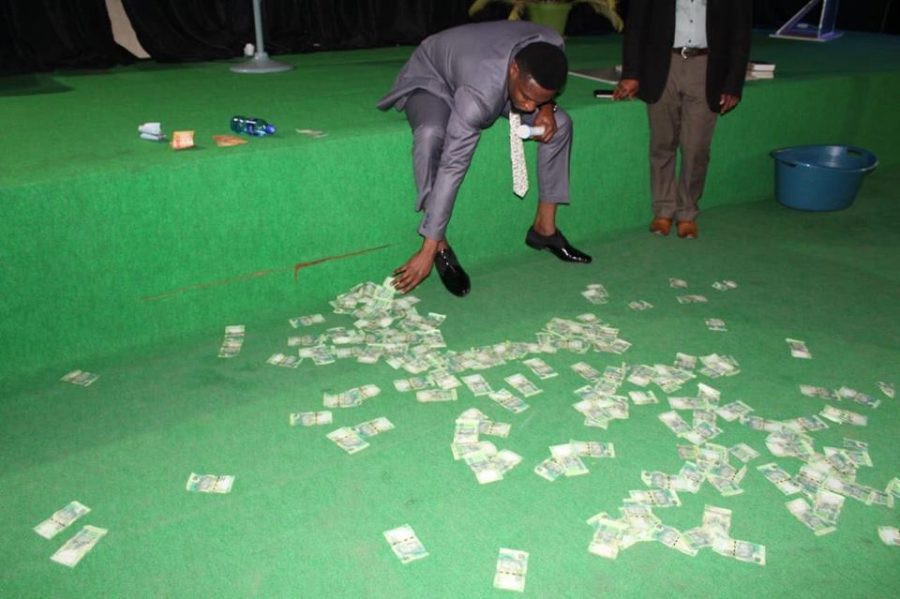 In what looks like a testimony after the money-from-stomach incident, a young man who had picked one of the notes the prophet vomited said he played lotto with it and won 13 million rands. The message was posted on the prophet’s Instagram page, @Officialseer1 and his Facebook page, @Prophet Anointed CFM.

This incident is generating controversy as many observers have condemned it. Some said it is magic while others  called for the arrest of prophet Seer1 for money laundry.

Saxon is a prolific writer with passion for the unusual. I believe the bizarre world is always exciting so keeping you up to date with such stories is my pleasure
Previous Company Buries $50,000 Worth Of Cryptocurrency On Mount Everest, Challenges The Brave To Go Find It
Next Three Infants Die In Indian Hospital While Sharing One Oxygen Cylinder