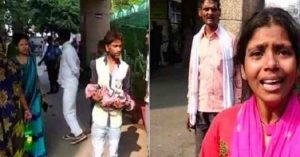 The cases of negligence in some Indian hospitals has continued to increase.

Three out four infants sharing one oxygen cylinder lost their lives as they struggled to survive in the absurd situation.

The incident happened in Lucknow’s King George’s Medical University. The family of the infants alleged that they died due to hospital’s negligence, reports Indian Times.

But the hospital denied the report saying that only one child died after suffering cardiac arrest.

What has not been clarified is whether four kids were sharing one oxygen cylinder. If that’s the case then this is really strange.