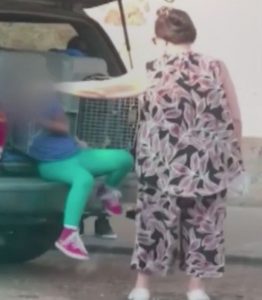 A grandmother is currently in trouble after shocking footage showed her letting an 8-year-old child out of a dog cage in the back of her car.

Leimome Cheeks, 62, was accused of child endangerment by the police after the footage leaked.

The disturbing footage was captured by a shocked onlookers at as the 8-year-old was let out of the car close to Elvis Presley’s famous Graceland mansion in Memphis, Tennessee. 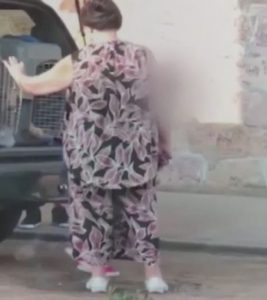 Cheeks reportedly locked another seven-year-old child in a separate cage; the two cages had an enclosed roof and only a small front-facing metal barred window, reports Mirror Uk.

Cheeks, of Memphis, told police she drove the two children across the city during the hot weather in a journey lasting more than 40 minutes, according to Local Memphis.

The shocking clip led to her arrest on Sunday morning and she now faces two counts of child endangerment.

In a written statement, the children said they were told to get in the cages due to lack of space in the vehicle.

They also said there was no air in the back and it was stifling hot. 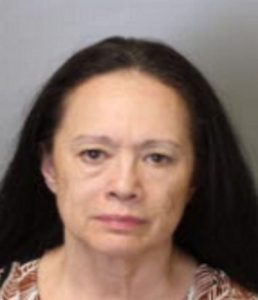 The grandmother told officers she drove the pair 25 miles from Whitehaven to Collierville, then to Downtown Memphis, making regular stops along the way to check on them.

Footageshows the moment the youngster, wearing red trainers, green leggings and a purple t-shirt, clambers from the cage feet first.

Another child can be seen next to the vehicle and the second cage door appears to be open.

The nonchalant woman holds open the cage door as the child makes their exit.

A neighbour told local press: “It is shocking, it really is.

“I only met her like once maybe twice. She seems like a nice lady. I couldn’t see her actually doing that.”

They added that the incident could be “an honest mistake” but the gran should “get help”.

Local reporters unsuccessfully attempted to contact her at her home.

Cheeks is due in court today.

Vanko is a cheerful writer whose enthusiasm for unusual stories is inspiring.
Previous See Indian School Where Students Score More Than The Total
Next Prophet Says Ghana Has Less Than 200 Virgins