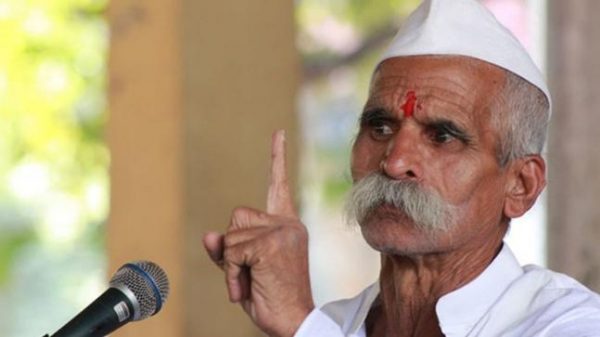 An Indian man, Sambhaji Bhide ,has claimed that childless couples who eat mangoes from his farm have had babies.

The man who said he never revealed this information to anyone before except his mother, said 180 childless couples have eaten mangoes from his farm and 150 of them have had babies.

Bhide also added that the fruits from his mango orchard also help in having a male child.

According to Bhide, “I have never shared this with anyone except my mother. I have planted these Mango trees in my farms. Till now, 180 childless couples took the fruit from me and 150 of them have had children. If a couple wants a male child they will have it after eating these mangoes. This mango is useful for those facing infertility.”

Bhide’s claims have generated controversy as activities are calling for his arrest for spreading superstition.

According to one lawyer and activist, Abha Singh, “If this was true, then there would be an explosion of population as mango is the most popular fruit. But on a serious note, it’s an offence to misguide to people in such a way under the Maharashtra Prevention of Superstition Act.”

Some political leaders in India are saying Bhide has lost his mind and may be having mental problem.

“He seems to have lost his mental balance. A person who claims to be a nuclear physics graduate, makes such laughable claims. But he is known to do that,” Awhad said.

“I won’t even demand any action against him as I know the government won’t do it, as it is safeguarding him in even more serious cases,” Awhad added.

Saxon is a prolific writer with passion for the unusual. I believe the bizarre world is always exciting so keeping you up to date with such stories is my pleasure
Previous Man Slapped By Lover After Losing Proposal Ring In Benin
Next Man Sues Hospital For Using His Genitals To Teach Female Medical Students