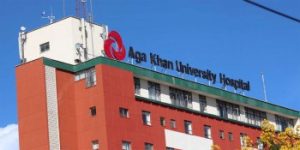 A Doctor in Aga Khan Hospital, Nairobi Kenya, is currently in trouble after using the genitals of his patient to teach female medical students.

The man identified with his initials, DK, to protect his privacy, has sued the hospital and the Doctor for allegedly invading his privacy.

The patient alleged that he went to Aga Khan hospital for medical treatment over persistent pains he was having in his genitals only for one Dr. Samnakay Saeed to walk into his ward with two female students and the female students started making notes as Saeed taught them while examining DK’s genitals.

DK said he was subjected to mental distress to the extent of nearing panic after finding out that the two female students were far more younger than him and Dr. Saeed was asking them questions based on their observations of the patient’s genitals. He said he felt reduced to mere specimen as a result of which he did not return to the hospital for follow up examination as he was told to do. Instead he went to report the matter, reports Standard Media.

“In the course of my medical examination, the first respondent (Saeed) requested me to proceed to the examination bed, undress and lie on the bed. While I was still lying on the examination bed, a female walked into the room and proceeded to where I was. A few minutes later, another female was let into the examination room. My assessment of the two females and the conversation they had told me that they were much younger than me; a fact that intensified my mental distress to near panic attack, ” High Court judge Wilfrida Okwany was told.

The further man said in between his examination, the doctor asked the two students questions.

According to him, “I was mentally distressed, which affected my concentration. I had been reduced to a specimen and object of study, subjected to unrestricted and prolonged touching of my reproductive organs.”

He added that Saeed recommended that he should return for a follow-up but he never did for fear that he would be subjected to a similar experience. DK reported the incident at Parklands Police Station but was told that it was more a matter of medical negligence than a criminal act. Lodged report
After the disturbed patient lodged a report with Aga Khan, the hospital’s human resource manager summoned him for a hearing during which the doctor was unapologetic.

When DK escalated the matter to the Kenya Medical Practitioners and Dentists Board, the hospital replied that Saeed had apologised for his conduct.

The case proceeded to the board’s preliminary inquiry committee, which concluded that there was no unethical conduct because Aga Khan is a teaching hospital hence students are allowed into patients’ rooms for learning purposes. But the committee found that the doctor did not seek the patient’s consent to be included in his lesson.

The patient is now seeking compensation for infringement of his right to privacy. “To the extent that the first respondent allowed two females to enter the room while examining the petitioner’s private reproductive organs without informing him and seeking prior consent, his constitutional rights were violated,” the judge heard.

The court has ordered Aga Khan hospital to reply and appear on July 18 for a mention.

Vanko is a cheerful writer whose enthusiasm for unusual stories is inspiring.
Previous Indian Man Says Childless Couples Who Eat Mangoes From His Farm Have Babies
Next Police Officer Mistakenly Shoot’s Colleague’s Thigh While Chasing Suspect