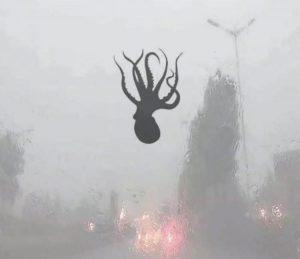 If you love sea food you better rush now to Chinese Coastal city of Qingdao.

On Wednesday, a powerful storm hit the sea nearby and sent marine creatures such as octopus, star fish and prawns literary flying into the sky and raining down the city of Qingdao. 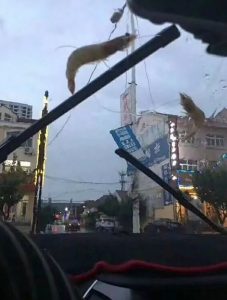 The severe storm brought down trees and large sign post, flooded the streets, bringing traffic to a stand-still. As the motorists waited in the traffic, something extra-ordinary began to happen – various marine creatures started falling from the sky.

Meteorologists said that the creatures must have been sucked from the sea by a waterspout and blown all the way to shore by the strong winds. 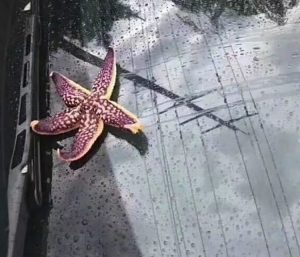 Vanko is a cheerful writer whose enthusiasm for unusual stories is inspiring.
Previous Mexicans Attending Russia 2018 World Cup Bring Life-Size Cardboard Picture Of Friend Whose Wife Refused To Let Him Go
Next Five-Year-Old Boy Reveals How Witches Use His Buttocks To Open Locked Doors At Night