Woman Checks Newspapers For Obituaries To Rob Relatives Of The Dead 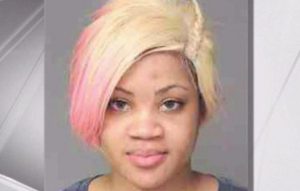 A woman who specialises in robbing relatives of the dead after getting information about them through obituaries is currently in police net. Once she checks the obituaries, she then assumes the house will be vacant during that time and makes plans to break in while the owners are attending the funeral.

Police say 26-year-old Latonia Shelecia Stewart, a New York City woman, has made it a duty to read the obituaries in Westchester County so as to be able to rob and break into homes of relatives of the dead, according to charlotteobserver.com.

A string of burglaries in the area over the last few months led police to issue a warning to residents at the end of March.

“Criminals read the newspaper, too, to get whatever intelligence they can gather,” John J. Slusarz of the Greenwich Police said. “Someone passes away, the funeral time is listed, it can be assumed the house is vacant.”

Police say Stewart of the Bronx would read obituaries, find the names of the deceased’s next-of-kin before breaking into their homes while they attended the funeral.

New York State Police had information on a potential suspect’s car, a silver Acura MDX, then decided to set a trap. Officers waited outside a home of a recently deceased resident and spotted a car that matched the description they’d been given. Police pulled over the car and found Stewart inside with property that had been reported stolen from a home back in February. She was charged with possession of stolen property and conspiracy to commit burglary and was released on bond.

It’s not the first time an alleged burglar has used the obituary section to find targets. A Massachusetts man dubbed the “Obit Bandit”, was arrested earlier this year for robbing homes as families attended funerals. Over the years, strings of similar burglaries have occurred across the US.

Vanko is a cheerful writer whose enthusiasm for unusual stories is inspiring.
Previous See The Stunning Art Works of “Needle Man”, The World’s Only Sewing Machine Painter
Next Man Dies During His Mother’s Burial After Coffin Mistakenly Drops On Him