Woman Gets Her Head Stuck In Exhaust Pipe At Music Festival 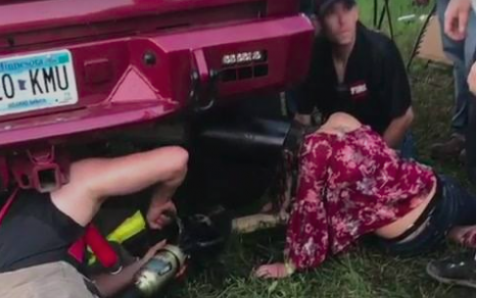 This is the bizarre moment a teenager got her head stuck in a truck exhaust pipe while playing pranks. The video went viral after it was uploaded on Facebook.

It was a momentary nightmare for 19-year-old Kaitlyn Strom who was at the Winstock Country Music Festival in Tennessee last Friday and decided to celebrate by sticking her head in a giant truck’s giant exhaust pipe.

“We were just all having fun and I saw this big exhaust pipe and I was like, ‘Hey, my head could probably fit in that,’” she told The Hutchinson Leader, “so I tried it. It did fit, but it didn’t want to come back out.”

Strom spent horrifying 45 minutes while fire crew members battled to cut her free with an electric saw when her head became lodged in the oversize tailpipe.

They managed to free her and she is fine.

But Strom became an instant online celebrity as the video went viral with over 2 million views in just 24 hours.

The five-second video of rescuers battling to free Kaitlyn quickly went viral after being posted on Facebook the following day.

‘How much alcohol does it take to get your head stuck in a diesel pickups exhaust tip?’ the person who posted the video wrote. 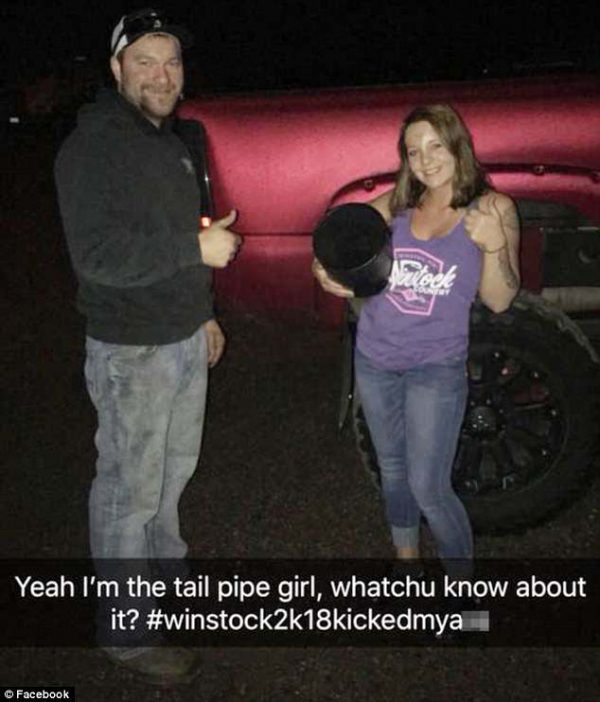 Strom later posted a photo of herself on Facebook holding the sawed off exhaust pipe.

‘Yeah I’m the tail pipe girl, whatchu know about it? #winstock2k18kickedmyass,’ she wrote across the photo.

Strom added that she didn’t know the owner of the truck, reports Daily Mail UK. 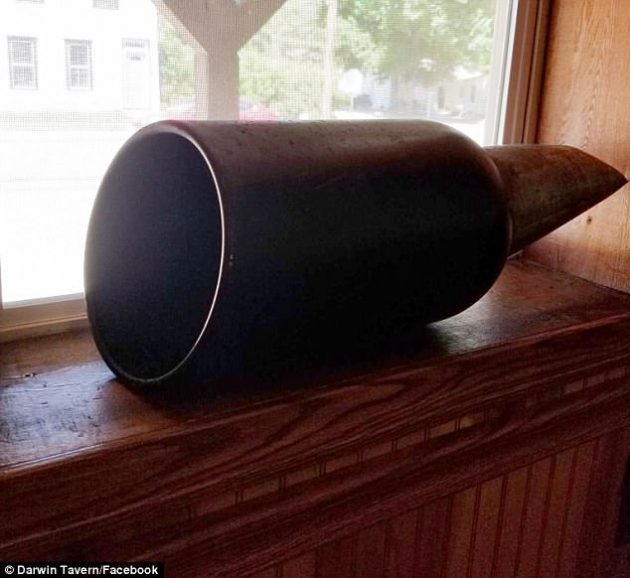 ‘I remember getting my head unstuck, and I just looked at him and apologized, and he said, ‘No, I’m just glad you’re OK. Don’t worry about it’,’ she said.

‘He has already fixed his exhaust and is going to be working on that. I did not have to pay for anything like that, because he was absolutely wonderful.’

Saxon is a prolific writer with passion for the unusual. I believe the bizarre world is always exciting so keeping you up to date with such stories is my pleasure
Previous Thousands Of Women Set New Guinness World Record For Largest Skinny Dip
Next Man Falls 170FT To His Death While Trying To Take Selfie At Massive Waterfall