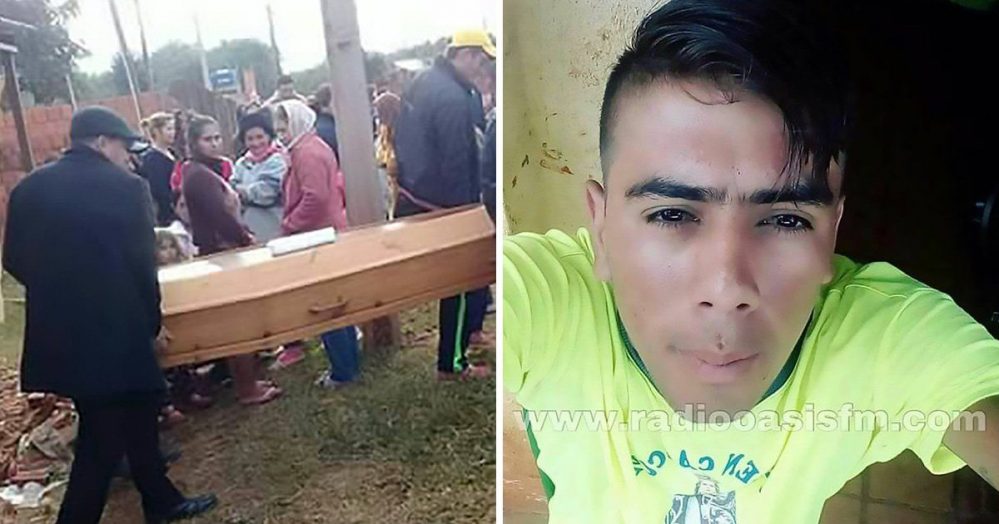 A man has sent shivers down the spine of family members and friends as he walked into his compound during his wake to find people grieving over casket supposedly containing his dead body.

Juan Ramón Alfonso Penayo, a 20-year-old man from the village of Santa Teresa, Paraguay, had last been seen leaving his house last Thursday. He had told no one where he was going, and after failing to get in touch with him, Juan’s family reported his disappearance. As fate would have it, soon after contacting the authorities, the man’s family received news that a charred body had been found in the vicinity of Santa Teresa, and they were asked to come to the morgue and identify it.

Though they did not recognize the body they concluded it was his remains and went ahead with the funeral process.

While the wake was going on the young man walked into their compound tongue disbelief all.

The corpse was then returned to the morgue while family members expressed gladness that Penayo had returned though no one still knew why he left without informing anyone.

Saxon is a prolific writer with passion for the unusual. I believe the bizarre world is always exciting so keeping you up to date with such stories is my pleasure
Previous Son Banned From Contacting His Parents After Constantly Begging Them For Money
Next See What A Student Was Caught With In Exam Hall