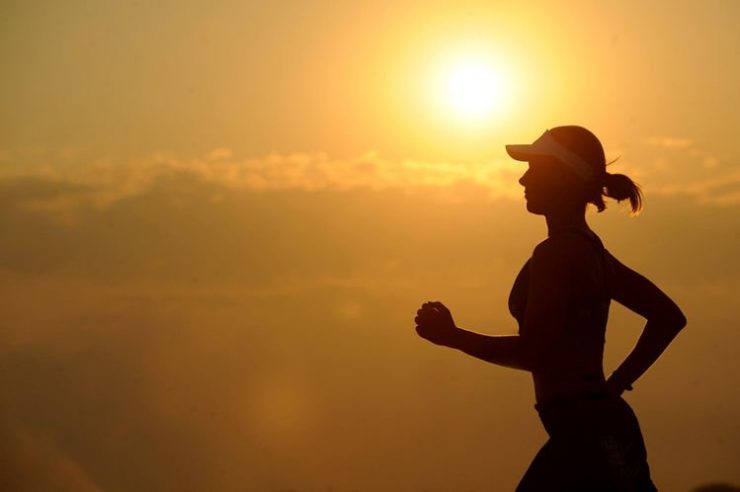 This is a scary story that makes you wonder whether you should carry a map while jogging close to any border.

A french woman received the shock of her life after spending two weeks in a detention center for mistakenly jogging across the border into US from Canada where she went to visit her mother.

Cedella Roman, the 19-year-old French woman was visiting her mother in North Delta, British Columbia, last month, when she decided to go for an evening run on the coast of White Rock, in Western Canada, which was near the Canadian-US border.

As she was admiring the beautiful scenery and even taking selfies, she did not know when she strayed across the border into US. She only realized this when two US Customs and Border Protection Officers stopped her and began to ask her questions. She said she taught they would only warn her or fine her but she ended up spending two weeks in a detention center in Washington located 140 miles away from where she was arrested.

“An officer stopped me and started telling me I had crossed the border illegally,” the 19-year-old French woman told CBC News. “I told him I had not done it on purpose, and that I didn’t understand what was happening.”

“They asked me to remove all my personal belongings with my jewelry. They searched me everywhere,” Cedella recalled. “Then I understood it was getting very serious, and I started to cry a bit.”

The French jogger was arrested by the border patrol on May 21, and subsequently transferred to the custody of the Immigration and Customs Enforcement (ICE). The next day, she was put into a “caged vehicle” and taken to the Northwest Detention Center, in Tacoma, Washington, about 140 miles south of where she was arrested. Cedella remained there until June 5, when she was taken back to the border “and removed to Canada,” according to ICE spokesperson Carissa Cutrell.

The fact that the 19-year-old had to spend two weeks in a detention center for her mistake is still puzzling, especially since her mother provided the required travel documents immediately.

“It was just unfair that there was nothing, no sign at the border,” the girl’s mother, Christiane Ferne told CBC News. “Anybody can be caught at the border like this.”

While defending the action, a U.S. Customs and Border Protection representative was unapologetic about the issue, telling The Washington Post that “if an individual enters the United States at a location other than an official port of entry and without inspection by a Customs and Border Protection officer, they have illegally entered the United States and will be processed accordingly. It is the responsibility of an individual traveling in the vicinity of an international border to maintain awareness of their surroundings and their location at all times to ensure they do not illegally cross the border.”

What a harsh way to learn that crossing the US border illegally even if it was done by mistake carried serious penalties.

Saxon is a prolific writer with passion for the unusual. I believe the bizarre world is always exciting so keeping you up to date with such stories is my pleasure
Previous French Beekeepers Protest By Staging Death-By-Pesticide Funeral For Bees
Next Police Arrest 21-Year-Old Mum For Throwing 12-Day-Old Daughter Into Pit Latrine