Man Rejected 80,000 Times By Women Still Has Hope Of Finding A Wife 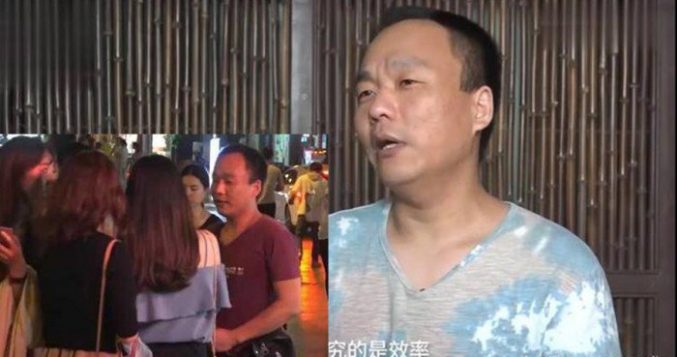 A man who has been rejected 80,000 times by women he proposed to is still searching for a bride believing that it will surely workout one day.

A Chinese man, 31-year-old Niu Xiangfeng, recently became popular in the media for proposing to thousands of ladies without success. He claims to have asked around 80,000 women if they wanted to date him over the last eight years, but got rejected no less than 80,000 times.

Xiangfeng has been described as a “dating madman” for his aggressive approach to finding a life-partner. He first made the news in 2013, when photos of him walking through the streets of Beijing while holding a sign that advertised his desire to find a wife along with his links to his social media profiles went viral online. His father died of cancer a couple of years prior and he felt like he needed to get married and start a family. Things didn’t turn out the way he had hoped, and five years on, he is still looking for Mrs. Right. 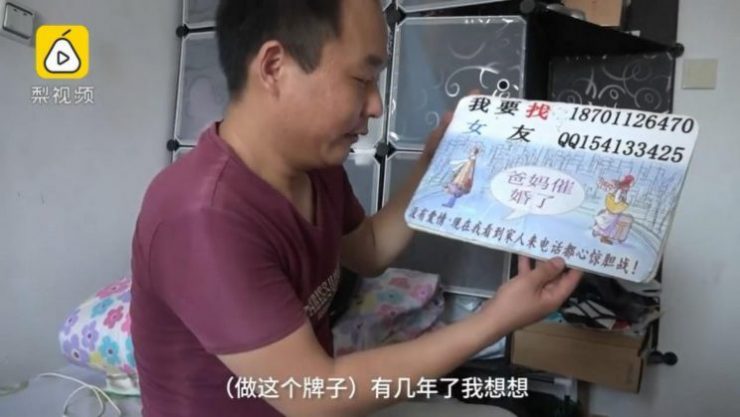 Xiangfeng has changed his method of searching for a wife. He no longer walks around with signs anymore, but now puts more through dating websites, befriends women on social media and even walking up to them on the street to ask them if they have a boyfriend. Still, he always gets rejected. Some say it’s because he’s trying too hard and comes off as aggressive or desperate, but Niu has a different explanation.

He claims women these days can be “shameless” when it comes to selecting romantic partners. Most prefer tall and handsome men who can sweet-talk their way into their hearts, but he is “short and ugly” and doesn’t like to tell lies just to impress women. Money is also a big issue, as single women are looking for men with good salaries who own their own home in the city. “They say that as a man, you have to have a house,” and he doesn’t, unfortunately.

The 31-year-old bachelor was recently featured in a Pear video, in which it was claimed that he had been rejected around 80,000 times in the last 8 years. Regardless of how unattractive Xiangfeng thinks he is, that number sounds a bit suspicious, so a number of Chinese news websites reached out to him to confirm if he had really been rejected tens of thousands of times.

In an interview with East Day, Niu Xianfeng said that although he never explicitly told Pear that he had been shut down 80,000 times, their estimation is not at all unrealistic. He says that over the years he has messaged women around 60,000 times online, many of whom rejected him, while the rest simply didn’t answer, and he must have approached at least 20,000 – 30,000 women on the streets, so 80,000 rejections sounds about right.

Asked if he was only seeming media attention, Xianfeng said that he would need a reason to do so. People looking for fame have an interest, like promoting a business or becoming an actor or some kind of celebrity. He has no such interest. He’s not selling anything and he doesn’t have the desire or the talent to work as an entertainer. He claims that after his father died, all he wanted to do was find a wife to start a family and make his old mother happy. That’s when CCTV cameras caught him walking through the streets with his dating signs. Even the recent Pear video was a result of the media’s interest in his quest to find a wife.

Following the recent media coverage, Niu Xiangfeng admits that several thousands of women have asked to connect with him on social media, but he is not getting his hopes up. The same thing happened in 2013, when he first made news headlines. Tens of thousands of people befriended him on Weibo, but he ended up unfriending them after realizing that they weren’t really interested in dating him, and were just wasting his time.

Niu’s struggle failed to impress or strike a chord with Chinese social media users. Feedback has generally been negative, with some commenters saying that the 31-year-old is not only short and ugly but doesn’t understand the concept of dating. Others said that his inability to find a partner has nothing to do with his appearance, but rather with his aggressive approach. “Love can’t be forced,” other people have said.

Saxon is a prolific writer with passion for the unusual. I believe the bizarre world is always exciting so keeping you up to date with such stories is my pleasure
Previous Angry Nigerian Fans Become Pig Hunters, Threaten To Kill Any Pig They See Over Wrong Prediction By Mystic Marcus The Psychic Pig
Next Woman Swallows Sim Card To Prevent Husband From Finding Out Her Lover’s Phone Number