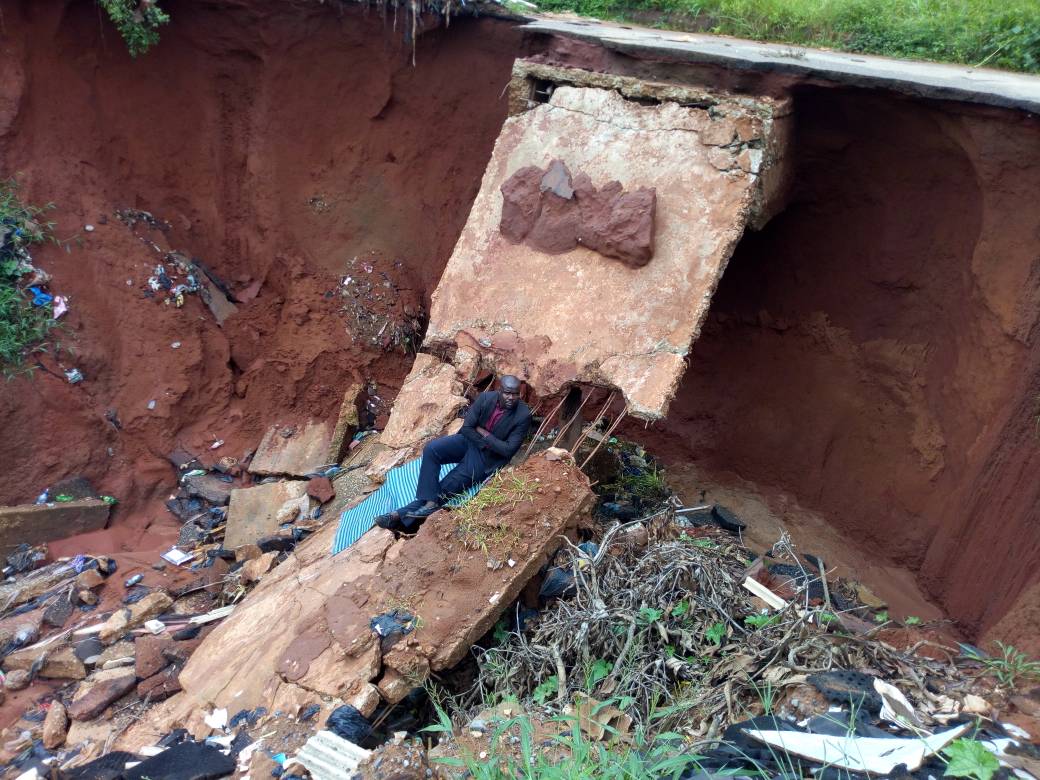 This is a strange way to attract attention to erosion problems in your area ready to swallow your house.

A man in Anambra State has insisted on staying in a dangerous erosion site until Federal Government sends their agencies to visit the area with a few to fixing the problem.

The unidentified man was spotted at an erosion site which had cut off a road close to Anambra State Secretariat complex and was heading towards near by residential areas which could be swallowed up anytime. 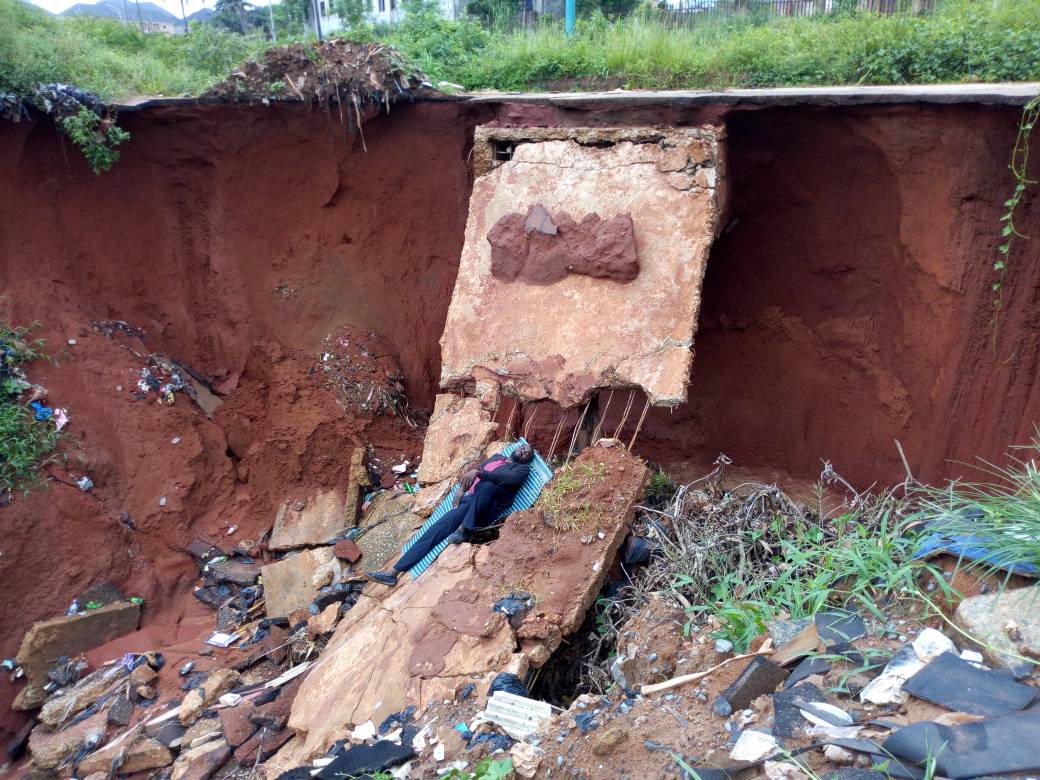 The young man was seen at the site on Friday, June 29, with a mat in the site initially looking worried. When people started gathering gradually they saw that he had a friend who was taking photographs of him as he lay in the erosion site. The man suddenly spread his mat and lay quietly on it waiting for the federal government to send relevant agencies to tackle the erosion menace. 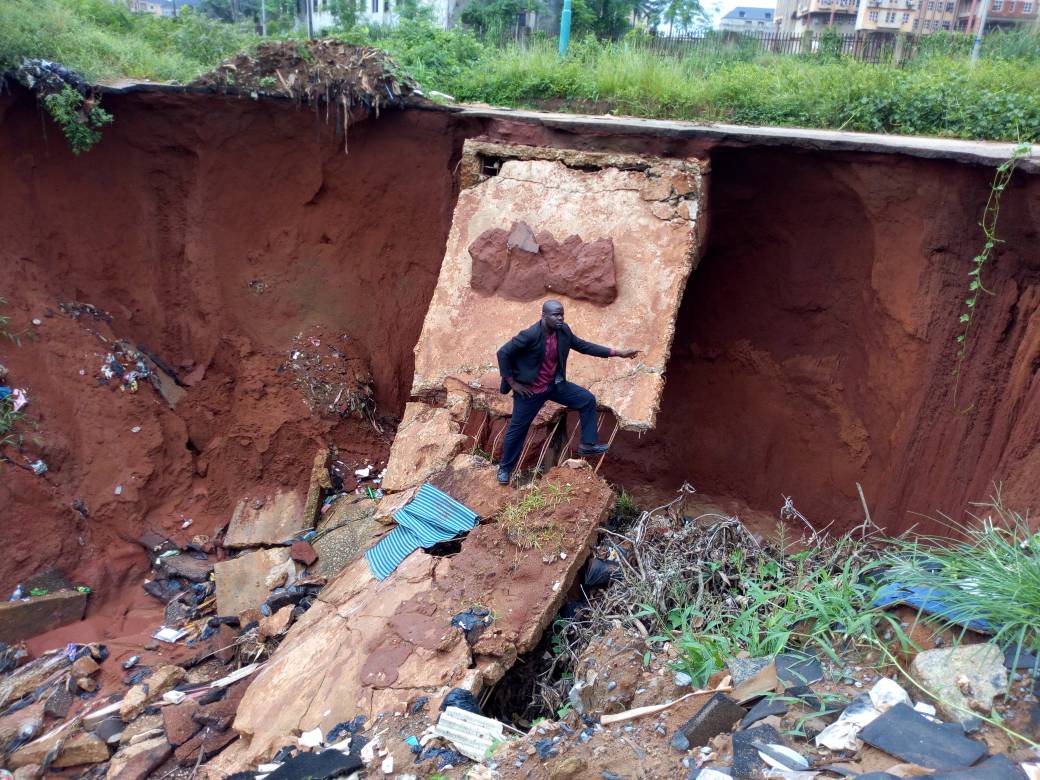 No one knows whether he meant his threat to remain there as he will definitely look for shelter elsewhere when rain begins to fall.

Saxon is a prolific writer with passion for the unusual. I believe the bizarre world is always exciting so keeping you up to date with such stories is my pleasure
Previous Watch Video Of Governor Okorocha Dancing ‘Shaku Shaku’ After Victory At APC Convention In Abuja Last Weeked
Next Student Arrested For Cutting Off Man’s Manhood After Sex (Photos)