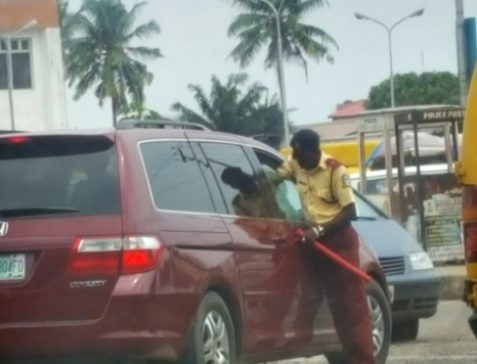 There was drama in Lagos today when an officer of Lagos State Transport Management Authority (LASTMA) got more than he expected when his hand was trapped in a moving vehicle.

A social media user who shared the information online wrote that the LASTMA offficer had attempted to forcefully enter a man’s car and the man wound up his window trapping the officer’s hand. The officer allegedly begged for his hand to be released to no avail as the driver started moving gradually.

The drama continued as people gathered to join the LASTMA officer to beg the driver who eventually freed the officer. 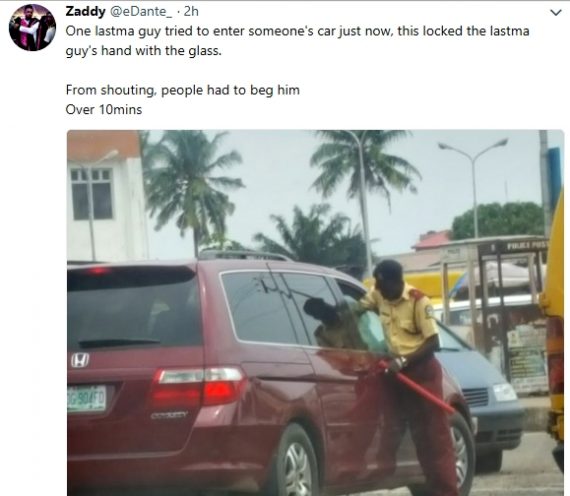 Saxon is a prolific writer with passion for the unusual. I believe the bizarre world is always exciting so keeping you up to date with such stories is my pleasure
Previous Japanese Shop Sells Shaved Ice So Tall You Can’t Eat It Sitting Down
Next Video Of Moments Married Tenant And Landlady Got Stuck While Having S3x In Hotel