Home / Europe / Throw Back Story! Morbidly Obese Woman Ballooned To 722lb Due To Encouragement Of Her Boyfriend Who Loves Fat Women (Watch VIDEO)

Throw Back Story! Morbidly Obese Woman Ballooned To 722lb Due To Encouragement Of Her Boyfriend Who Loves Fat Women (Watch VIDEO) 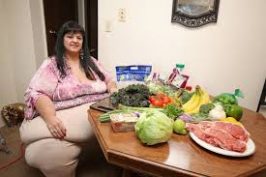 A woman who got to the point of death after deliberately putting on weight to please her feeder boyfriend, has saved her life by losing 240lb after splitting with the man.

The morbidly obese woman, Patty Sanchez, ballooned to 722lb after years of constant eating with the encouragement of her ex-boyfriend and online fans. 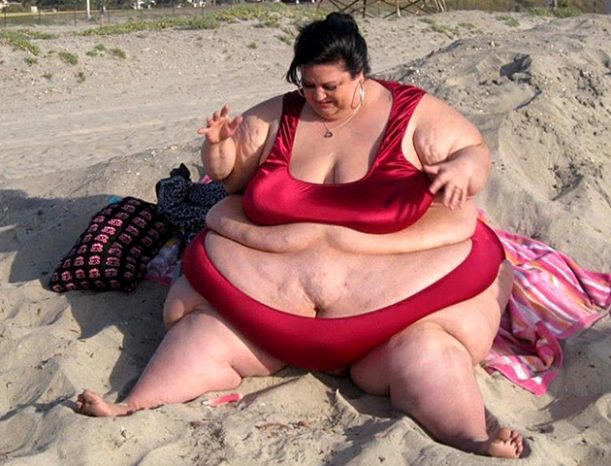 At one point Patty wanted to be the heaviest woman in the world – consuming 13,000 calories per day for several years.

The woman’s story is pretty interesting especially following the gradual transition from morbid obesity to desire to slim down. This is how lifedeathprizes.com puts the story.

Aafter breaking up with her former partner, Patty, decided to change her diet and lifestyle and has slimmed to 482lb.

The 51-year-old mother of four said the weight loss has dramatically improved both her personal and family life.

Patty, from Reno, Nevada says: ‘I felt like I was dying a slow death. I realised that the feeding relationship I was in and the squashing was benefiting others, but it wasn’t for me. 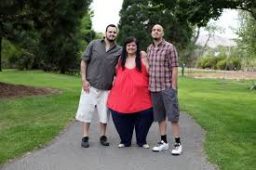 ‘The weight loss had a lot to do with my break up with my ex – I was being served every meal daily, and when we broke up I had to take care of myself.

‘I never feared death before – it was something I never thought about when I was getting bigger and bigger,’ continues Patty.

‘But when I reached my lowest and couldn’t walk three steps to the bathroom without getting winded, I was worried I wouldn’t be there for my four kids and five grandkids.

‘My struggles didn’t come full surface until I became single and had no-one to help me and I couldn’t cook for myself, bathe myself, or leave the house – it was very lonely.

‘I started learning how to make my own meals, and chose the food I was craving instead of the food others wanted me to eat to gain weight.

‘I cook myself salads, chicken, stir-fries and try to eat very few carbs through the day. I have more control over what I eat now and I feel so much better.’

‘I was fed up with staying slim for men and binged on whatever I felt like eating – it was freedom,’ she says. ‘In my 20s, after having my children my weight jumped to 250lb and I continued to gain weight.

In 2000, Patty met her boyfriend who introduced her to the gainer-feedee relationship.

‘We met through a friend on a phone chat line and I eventually moved to Los Angeles where he lived. We dated for 10 years and at first he wasn’t interested in big women, but he said I opened up a new world to him and he enjoyed it.

‘He told me that he had fantasies about being with a girl and making her fatter. I felt sexy and was happy that I was pleasing him.

‘Ninety per cent of our relationship revolved around eating – I loved to cook and eat and he loved to watch me eat and rub my belly.’

But Patty’s family, including her two sons Scott Webber, 30, and Logan Webber, 28, were concerned about her rapid weight gain.

‘There was nothing healthy about going up to a weight where you have no quality of life,’ says Scott. ‘It was upsetting as her son to see her in a situation where she was physically deteriorating.’

At one point Patty was gaining about a stone every month.\

‘For breakfast I would eat biscuits and gravy, eggs over easy, fried potatoes, bacon, and orange juice. For lunch I would normally eat a good amount of fast food along with large sodas.

‘For dinner I would have a four to five-course meal of meat, potatoes, macaroni and cheese, rice, bread, and iced tea.’

Patty’s ex even enlisted a group of fans who paid to feed her and keep her weight up while he was away for work.

‘It just got bizarre at that point,’ recalls Patty, ‘and felt like it was no longer on a personal level. I was no longer interested, and we separated.

‘I was heartbroken because he did give me the attention and affection I was seeking and he filled a void, but the outcome was obviously me being way too big.

‘I would advise women who are in feeding relationships to make sure that you’re not just doing it for your partner and to fulfill their needs, make sure it’s for you too.

‘I don’t have any regrets because I honestly came to my senses and saved my own life.

What an inspirational story obese people especially in the modern world where lifestyle increase obese community.

Saxon is a prolific writer with passion for the unusual. I believe the bizarre world is always exciting so keeping you up to date with such stories is my pleasure
Previous See Celebrity Massage Therapist Who Bites Her Clients To Promote Blood Circulation, Relax Her Patients
Next Three Nurses Fired For Chasing Pregnant Woman Out Of Labour Ward