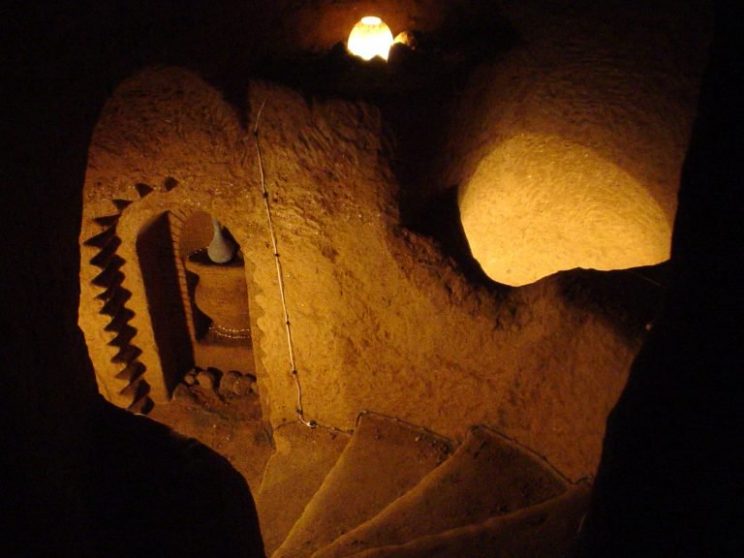 A builder by trade, Levon may not be alive today but his underground temple which he worked on for 23 has kept his name famous till date. His wife Tosya, who now runs his underground temple as a tourist attraction, says that he was motivated by a series of visions and dreams in which a mysterious voice told him to keep digging. It said that Levon was going to create a He listened, and worked a whopping 18 hours a day, every day, for 23 years. At first, progress was slow, as he had to chisel his way through solid black basalt, but a few meters below the surface, he reached softer volcanic stone which made his work much easier. 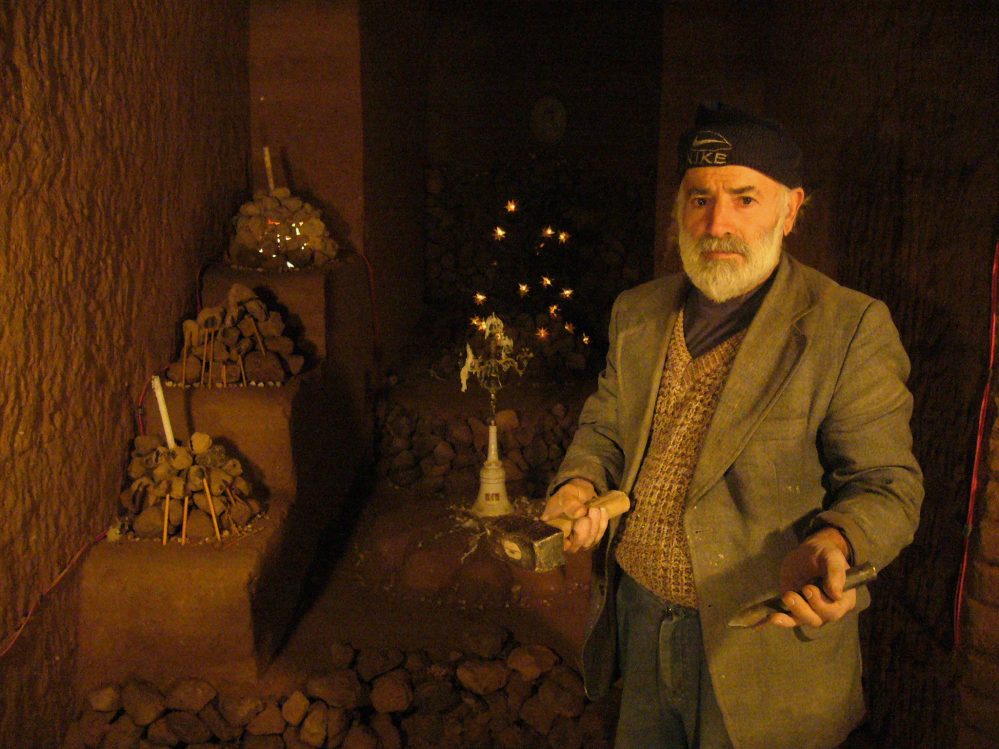 Levon Arakelyan’s amazing underground complex covers an area of 280 square meters, reaches up to 20 meters underground and consists of 7 rooms connected by a network of corridors and staircases carved through sheer rock. The walls are decorated with a variety of artistic carvings, mosaics, sculptures and even a small altar. Looking at it all, it seems almost impossible to believe that he did it all exclusively by hand, with hammer and chisel, shunning any modern tools completely.

“My husband slept 3-4 hours a night, and really put his heart and soul into it, otherwise he could not have accomplished this” Tosya Garibyan told hetq.am. 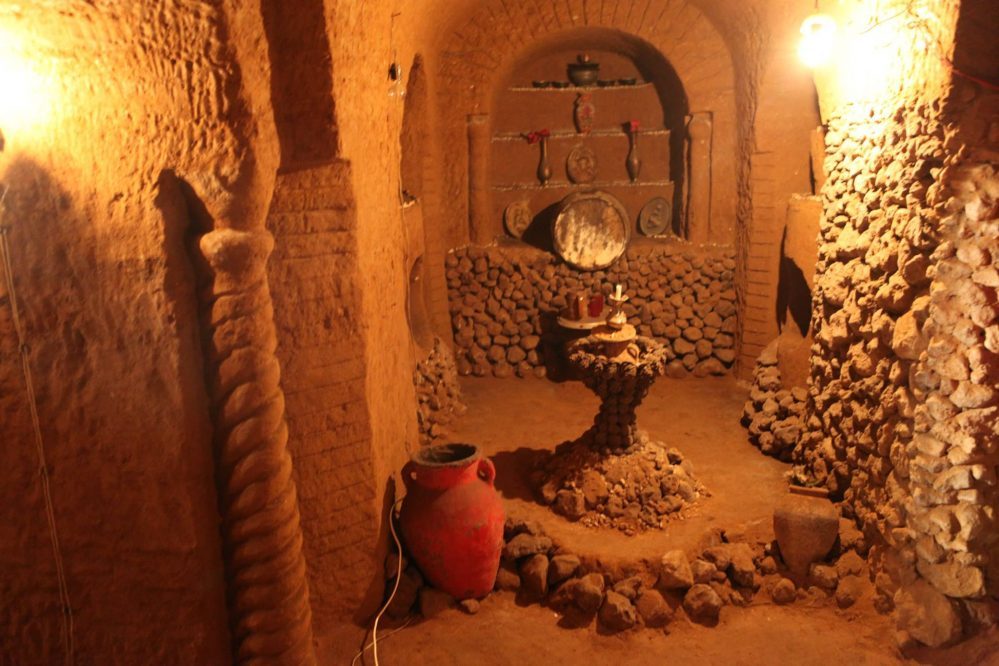 Over the course of the 23 years that he spent digging his unique underground temple, Levon Arakelyan pulled out an estimated 450 truckloads of rubble, exclusively by metal bucket. He gave it all to a local company which used it in various construction projects.

Levon worked on his magnus opus until the day he died, in 2008, at the age of 67. He succumbed to a heart attack, but his wife believes it was the work and lack of rest that killed him.

Saxon is a prolific writer with passion for the unusual. I believe the bizarre world is always exciting so keeping you up to date with such stories is my pleasure
Previous See Japanese Gadget That Tells You How Badly You Stink
Next Man Rapes 14-Year-Old Daughter To Stop Poverty