South African Man Buried With Beer, Cellphones And Money Tossed Into His Grave 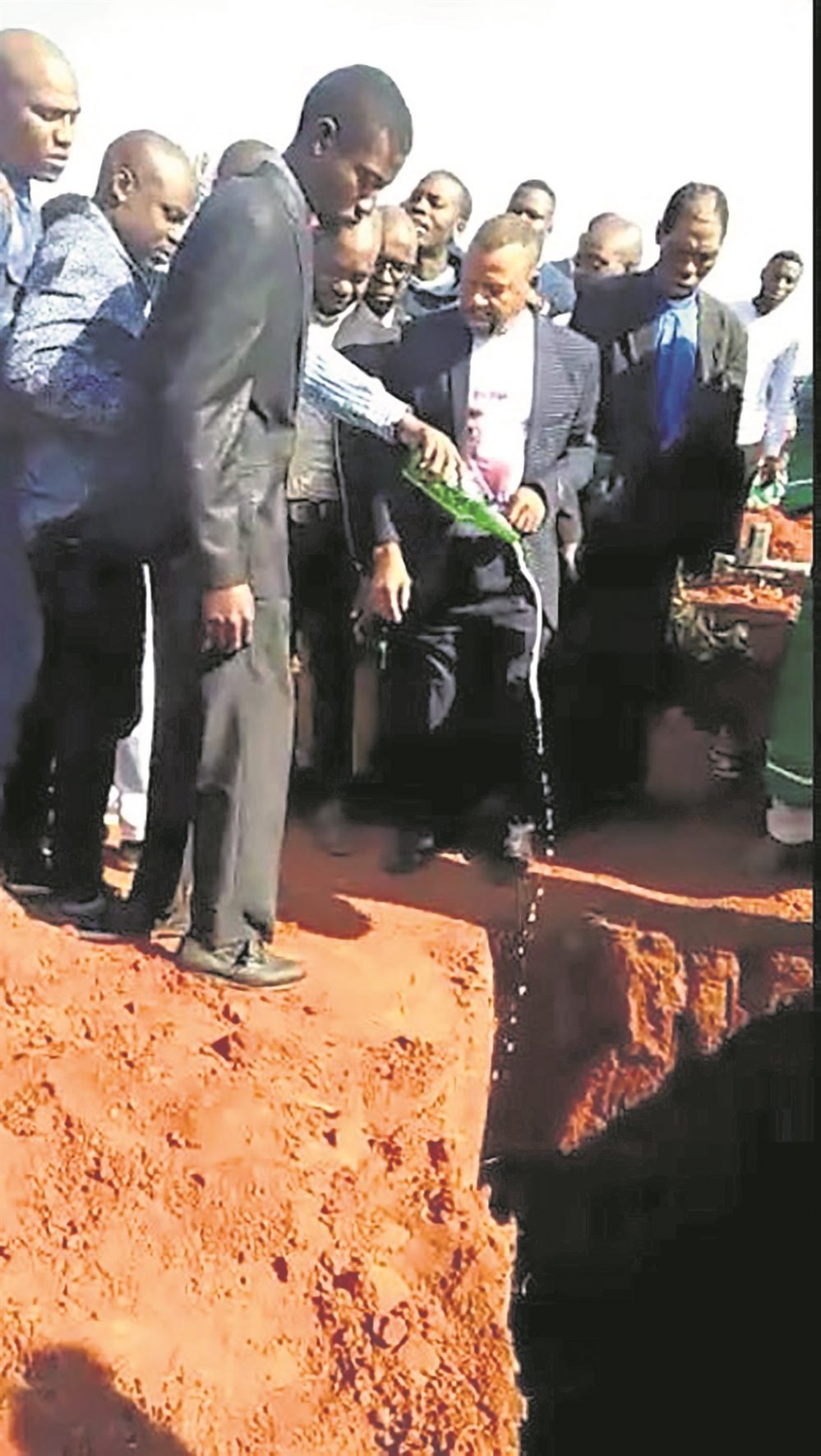 A 27-year-old man has been buried in a bizarre way by his friends as they poured beer in his grave, and also tossed money, cellphones and expensive clothes into it.

The man was said to have allegedly committed suicide by drinking beer mixed with rat poison over love issues.

According to DailySun, Paulos Amade had lived a lavish lifestyle throughout all his life and because of that, his friends and relatives organized themselves to toss expensive things including beer into his grave.

Reports adds that there was singing and dancing, drinking and crazy displays of riches as his friends celebrated his short life at Olifantsvlei cemetery in the south of Joburg. 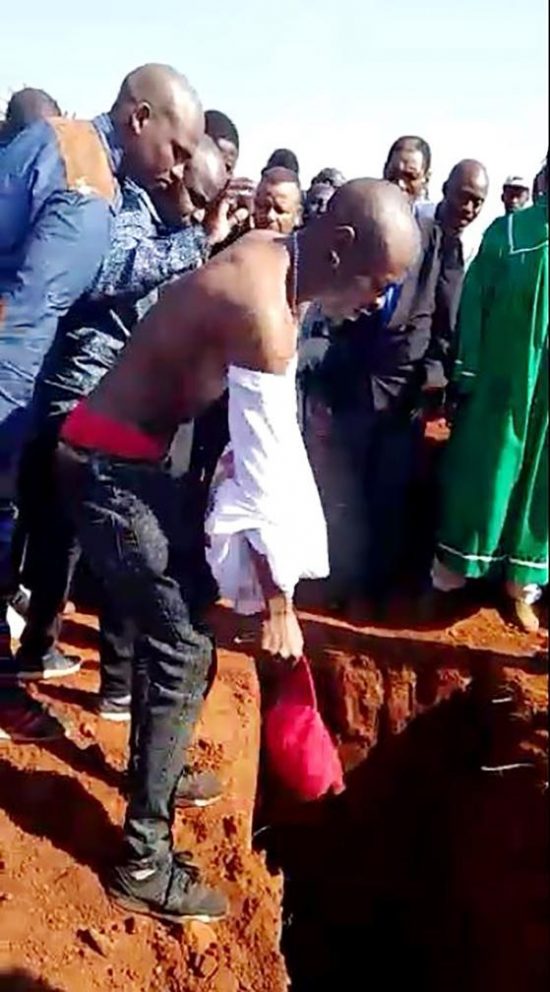 The man is survived by three children.

Jeannette Amade, Paulos’ sister, told Daily Sun they knew Paulos as a man of style, so they let his friends celebrate him the way they wanted.

“We could not oppose the manner they wanted to celebrate him. When they poured beer and put money and clothes into the grave, we understood that it was the same way they did things when he was still alive,” she said.

However, the area’s cultural expert said what the young men had done was pure disrespect of  culture.

“This undermines our culture. It is a meaningless publicity stunt created by people who seek fame.

“There is nothing respectful about people pouring beer into a dead person’s final resting place. If they wanted to celebrate him, they should have done it while he was still alive,” said Refiloe Wa Ga Khunou, a cultural expert.

What a weird way to celebrate a friend who died in a terrible way.

Saxon is a prolific writer with passion for the unusual. I believe the bizarre world is always exciting so keeping you up to date with such stories is my pleasure
Previous Indian Court Gives Legal Rights To Animals To Exist As Human Beings
Next Native Doctor Shot Dead After Asking Client To Test Bullet Proof Charm On Him