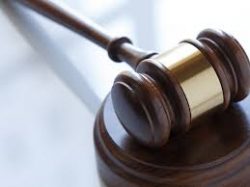 A 34-year-old man from Masvingo, South Eastern Zimbabwe has been jailed for four years after raping his 14-year-old daughter to stop poverty.

The man said his uncle gave him the advise which would stop poverty in his family.

The man had been sleeping with his daughter four months before the relationship leaked. The man from Ndiweni Village under Chief Mapanzure brought business at Masvingo criminal court to a halt when he suddenly broke into tears while defending himself before provincial magistrate, Mr Langton Ndokera yesterday.

The victim who cannot be named because she is a minor, told the court that she had consented to sex with the father, as she also believed that it was the only way their poverty could end.

The man was convicted on his own plea of guilty to having sex with a minor and sentenced to five years in jail. Mr Ndokera suspended one year for five years on condition of good behaviour.

The accused wept uncontrollably saying he started having sex with his daughter when an unnamed uncle told him that it would end the family’s poverty.
“My uncle advised me that if I sleep with my daughter the poverty that is bedevilling our family will end,” said the man as he burst in tears.

Prosecutor Mr Fidelicy Nyamukondiwa told the court that the accused would take advantage of his wife’s absence to be intimate with his daughter in his bedroom hut. He said the man would call the juvenile to his bedroom hut and tell her that if they had sex, they would become rich.

“Between February and May this year accused person was left in custody of his child when his wife was going to nearby villages for some odd jobs. He called the girl to his bedroom where he lied that having sex would end their poverty.

“He said that was the only way he could be able to take care of her disabled sibling,” said Mr Nyamukondiwa.

The prosecutor further said the man would threaten his victim with unspecified actions. He told the victim that if she dared tell anyone about the abuse and the accused went on to have sex with her on several occasions.
An anonymous caller alerted the police at Ngomahuru base following which the abuse came to a halt.

It is clear that the advice was premised on falsehood because the man did not eventually become rich. He simply ended up in jail.

Saxon is a prolific writer with passion for the unusual. I believe the bizarre world is always exciting so keeping you up to date with such stories is my pleasure
Previous Man Spends 23 Years Carving Sprawling Underground Temple Under His House
Next Condom Floor Polish Manufactured By Floor Polish Maker