Russian Couple Divorce After 14 Years Of Marriage Because Of Messi, Ronaldo Argument 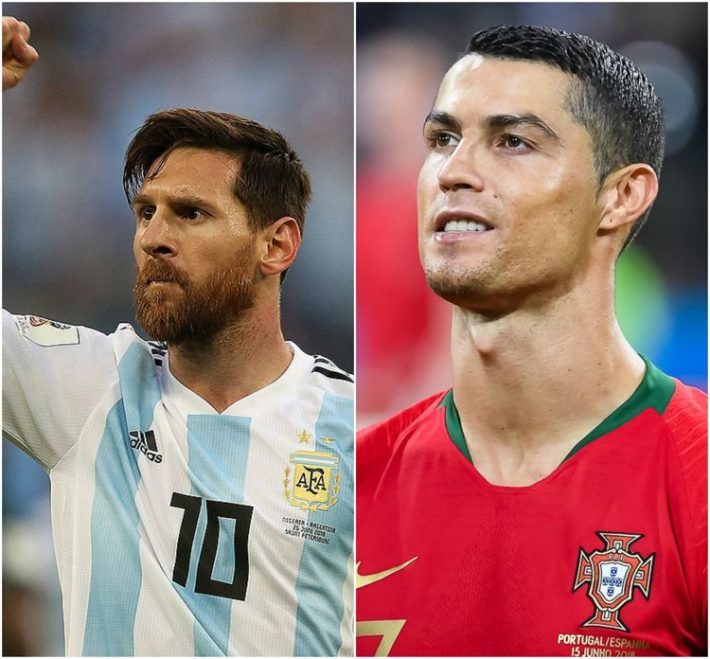 The FIFA World Cup is an entertainment event that is supposed to ensure peace and unity among nations and bring happiness to home. But not for a Russian couple who have been married for 14 years and now seek divorce based on FIFA World Cup 2018 fallout.

The football stars ‘behind’ the divorce are Lionel Messi of Argentina and Cristiano Ronaldo of Portugal. Unfortunately these two football legends are not even aware that the Russian man and his wife exist. While the man idolises Messi the woman has Ronaldo as her idol. The difference in their personal idols led to the divorce. See how it happened.

The couple, 40-year-old Arsen and 37-year-old Ludmyla, are both big football fans. Reports have it that they first met in during 2002 World Cup in a Chelyabinsk sports bar while watching the games. Their passion for the game bonded them and led to a marriage that has lasted for 14 years until last week when their love for two legeneds – Messi and Ronaldo – ended the marriage.

Arsen told Russian newspaper Argumenti i Fakty that he and his wife had often teased each other over Messi and Ronaldo, but this latest World Cup was the last straw. After Argentina’s disappointing debut at the 2018 World Cup, Ludmyla started mocking Messi’s performance, and his difficulties in re-enacting his skills at the tournament. Reports have it that Arsen ignored his wife but during the Argentina’s match against Nigeria, he couldn’t hold back his anger anymore. As Messi scored the SUper Eagles of Nigeria, Arsen began to celebrate Messi’s goal when his wife suddenly started mocking the Argentinian captain again. Arsen had had too much and got angry immediately.

“This was the last straw for me,” Arsen told a Chelyabinsk correspondent of Argumenti i Fakty. “From the very beginning of the World Cup, Lyudmila constantly mocked me and my beloved player, saying that he played poorly and could not even score an important penalty in the game with Iceland. And during the match with Nigeria I was so worried for them [Argentina]. When she once again started speaking unkindly about Lionel and his performance, I got angry and, in turn, expressed everything I thought of her handsome Ronaldo, the Portuguese national team, herself and all the other football clubs Lyudmila is crazy about. Then I took all my things and left her for good.”

The very next day, Arsen reportedly went to the Chelyabinsk civil registry and filed for divorce.

What a terrible way to become a football fan – allowing emotions to control you and alter your life negatively.

Saxon is a prolific writer with passion for the unusual. I believe the bizarre world is always exciting so keeping you up to date with such stories is my pleasure
Previous Condom Floor Polish Manufactured By Floor Polish Maker
Next Nigerian Senator, Dino Melaye, Mocks APC In A Viral Video As He ‘Dances Home’ To PDP