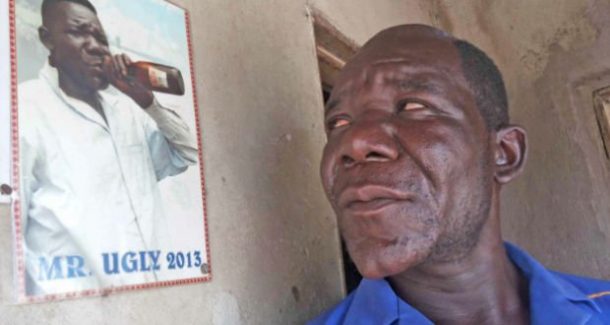 Title holders are always proud of their achievements especially when the title is enviable. Can you say that of 43-year-old William Masvinu from Epworth, Zimbabwe? He was crowned Zimbabwe’s Mr. Ugly in 2017 and that was the 4th time he was winning the title. You won’t believe he is so proud to be holding the title for the 4th time and he is convinced it is undisputed. 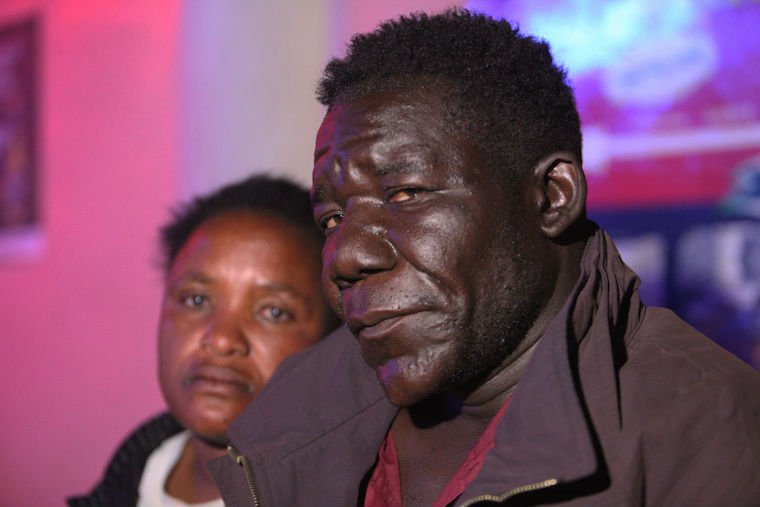 William is also very happy he got back the title which he lost to another strong contender at the previous event.

William was quite rattled to lose to Maison Sere in 2015, protesting that his rival had nothing going for him except missing teeth. The 2016 edition was canceled, so William had to wait for two years to regain his title.

“Last time, complacency cost me a lot, but this time I came well prepared for the contest and I am happy I have reclaimed my trophy,” William said. “No one can dispute that I am the ugliest person in Zimbabwe. I now want to take my ugliness outside the country. If there is Mr Ugly World, I am confident I will bring the crown to Zimbabwe.”

William seems to be a man of the people as the audience was anything but happy for William. According to local media reports, people suggested a rally to protest against his monopoly of the title. The crowd also proposed that he should be prevented from entering future contents so that others can get a shot at winning.

That was the 2017 edition but the battle is getting stronger as more ugly people are entering the contest to also become famous like William. Some people argue that William had dominated the title for a long time so they need new faces but time shall tell who would take over from him.

Saxon is a prolific writer with passion for the unusual. I believe the bizarre world is always exciting so keeping you up to date with such stories is my pleasure
Previous Angry Customer Bites Off Waiter’s Ear Over Poor Service
Next Woman Commits Suicide Because Her Boyfriend Refused To Pick Her Calls