Horror! 50-Year-Old Kenyan Man Mauled To Death By Lions On His Way Home 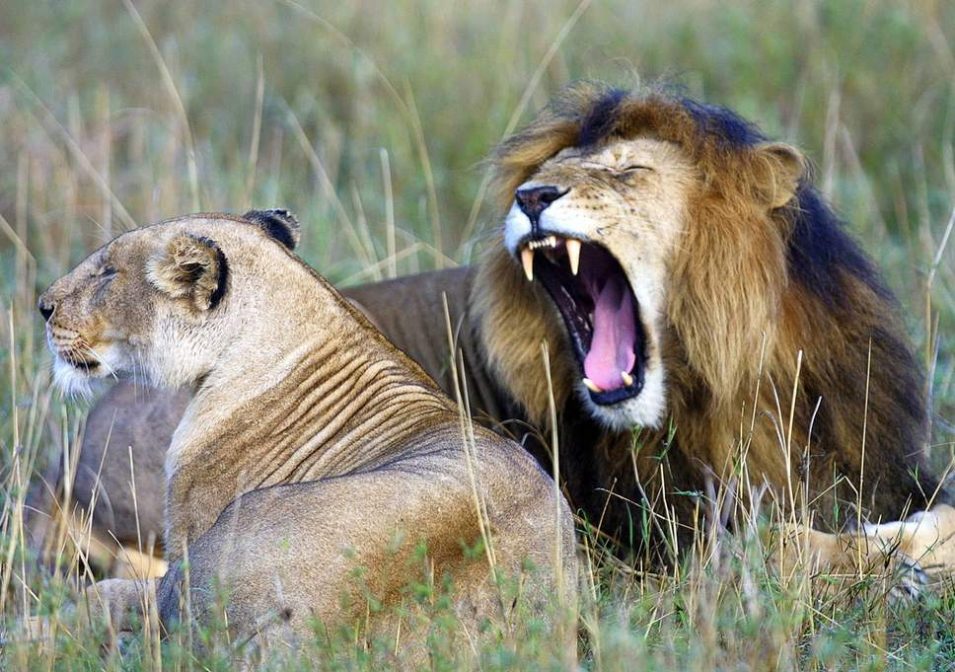 A 50-year-old man was on Sunday, July 8, torn into pieces by a pride of lions while he was returning home in Siana area, Kenya.

The man identified as Morimpet ole Kering’ot was returning to his house at about 9.45 pm on that day not knowing that more than four lions were lurking around waiting for human meal for the night.

The deceased was heading back home from Olare Orok trading centre when he was attacked, Area Kenya Wildlife Service (KWS) warden James Kilel, said.
“He is said to have been coming from an entertainment joint at the trading center, which borders the Masai Mara game reserve when he met his death,” he said.

Kilel further said KWS responded to distress calls from the residents but only found pieces of clothes and bones at the scene. “They told us they had heard lions roaring at night, we followed the foot prints and confirmed that he had been killed,” said Mr Kilel. He said it was up to the man’s family to follow up on compensation.
“We encourage the family to follow the due procedure, including filing for compensation with the chief, police and our offices,” said Kilel.

Terrible experience to have while returning from an entertainment joint where you apparently finished having fun.

Saxon is a prolific writer with passion for the unusual. I believe the bizarre world is always exciting so keeping you up to date with such stories is my pleasure
Previous Man Commits Suicide After Bicycle Was Stolen From Him
Next Criminal Escapes After Locking Policeman In Washroom