Home / Europe / After 66 Years, Man With The World’s Longest Nails Finally Cuts Them Off

After 66 Years, Man With The World’s Longest Nails Finally Cuts Them Off 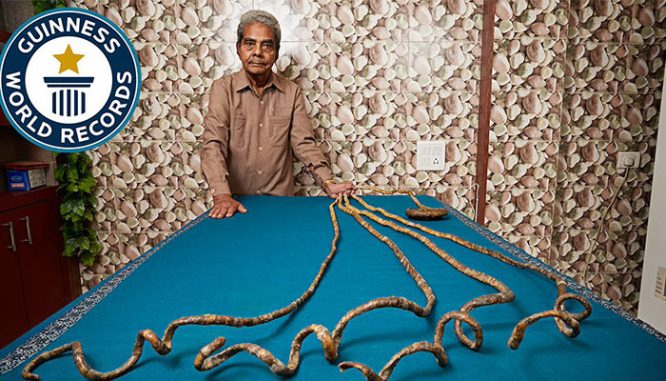 An Octogenarian who is Guinness World Record Holder for growing nails on his left hand for more than 66 years has finally cut them off.

Shridhar Chillal from India had the world’s longest nails growing more than meters before he decided to say good bye to them. 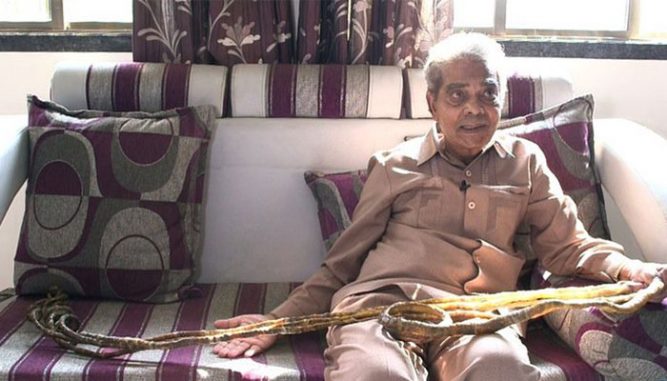 It is estimated that the combined length of Chillal’s nails was a whopping 909.6 centimeters. Chillal’s longest single nail is his thumbnail, measuring 197.8 centimeters. He entered the Guinness Book of World Records in 2016 for having the ‘Longest Fingernails on a Single Hand Ever’.

Well, Chillal has finally bis farewell to his record as he cut off his nails in a ceremony held Wednesday, July 11,at the ‘Believe It or Not’ Museum where the nails will be immortalized.

Saxon is a prolific writer with passion for the unusual. I believe the bizarre world is always exciting so keeping you up to date with such stories is my pleasure
Previous Turkish Cafe Keeps Live Lion In Narrow Glass Box As Entertainment For Customers
Next Hackers Can Now Steal Password From The Heat Left On Keyboard By Finger Tips – Study Reveals