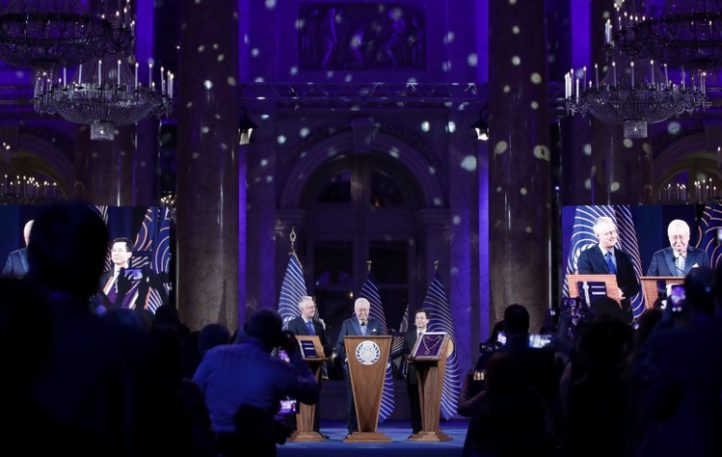 If you’re bored with the way thing are unfolding in the world or you wish to test out new ‘beyond-earth’ territories, here’s a good story for you.

The first ‘Space Kingdom’ which will have humans living in space arks is set to kick off soon. The name of the “space nation” is Asgardia. It was named after Asgard, a sky city in Norse mythology that is said to house the gods. It was founded by Russian scientist Igor Ashurbeyli and several prominent space experts in October 2016. These guys are really serious.

Asgardia nation inaugurated its first leader Monday, June 25, at a ceremony at Hofburg Palace in Vienna, Austria. It was a ceremony that was graced by the presence of diplomats, researchers, engineers and legal experts from around the world, reports Newsweek.

The space nation’s website currently claims a population of more than 200,000 citizens from across the globe. The website says the project aims to “create a free, independent nation outside of planet Earth” with “equal access to space for all people regardless of origin, nationality, age, gender, sex, race, etc.”  It further states “the essence of Asgardia is peace in space and the prevention of Earth’s conflicts being transferred into space,” reports Channel 3000.com.

Note that Asgardia‘s leader, Ashurbeyli is also head of the UNESCO Commission on Space Science. He and other founders of the space kingdom know that currently, the Outer Space Treaty requires governments to authorize and supervise all space activities, including those of commercial and nonprofit organizations. But they hope to find ways to get around the tight restrictions imposed by the treaty, as according to Ashurbeyli, “access to outer space should be a human right, beyond the control of any Earthly nation.”

The space nation has grandiose ambitions. It wants to build up a population of 150 million within 10 years. It plans to set up “space arks” with artificial gravity in outer space where humans could live permanently.

It wants to attract the 2 percent of the world’s population that is “most creative”. Asked how that was working out so far, Ashurbeyli said, “Citizenship selection will continue. It might even involve IQ tests,” reports Reuters.

Ashurbeyli says he is primarily responsible for its financing of the early phase of Asgardian nationhood, along with a number of other donors who are citizens of Asgardia.

Saxon is a prolific writer with passion for the unusual. I believe the bizarre world is always exciting so keeping you up to date with such stories is my pleasure
Previous Elephants Kill Bauchi Villagers While Taking Selfies
Next Arizona Man Arrested For Trying To Pull Over Troopers