World’s Most Cloned Dog Has 49 Copies Of Itself 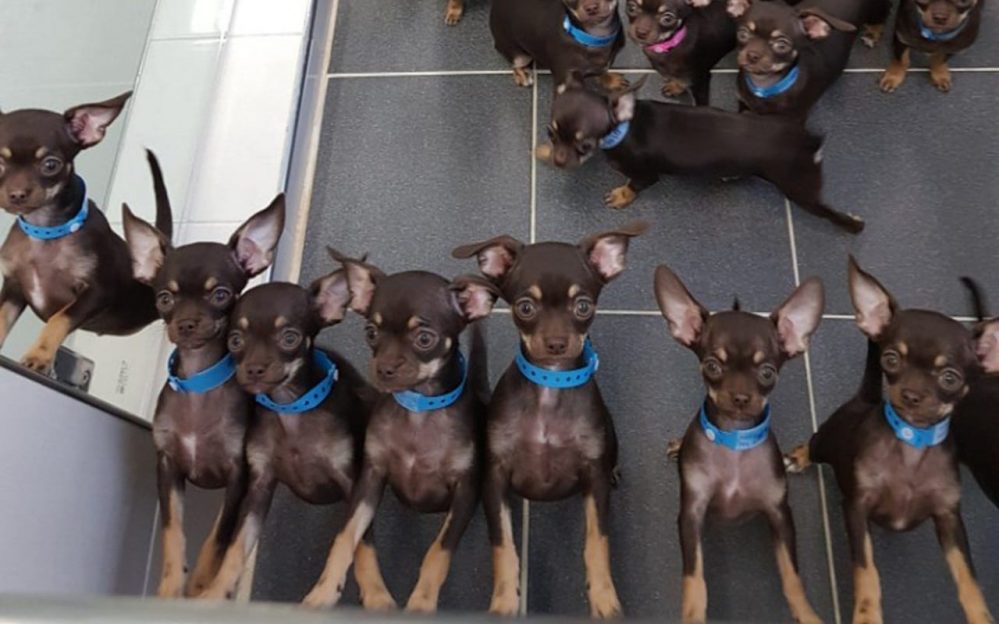 A six-year-old dog, Miracle Milly, Chihuahua from Puerto Rico, has become the World’s Most Cloned Dog, according to the Guinness Book of Records.
This came after scientists in South Korea created a whopping 49 genetically-identical copies of her.

The controversial Sooam Biotech Research Foundation in Seoul, South Korea, has been creating pet clones since 2006.
Last year they approached Vanesa Semler, Milly’s owner and discussed the possibility of creating clones of the adorable pooch to try and solve the genetic mystery that made her special.

Chihuahua held the Guinness record for World’s Smallest Living Dog since 2012, and scientists have desired to know exactly what made her so tiny.

In August 2017, Sooam researchers then began to make clones of Miracle Milly, the number of which has currently reached 49.

The first litter of Miracle Milly clones was born in August of last year.
Today, all 12 pooches – Molly, Mally, Melly, Molly, Mumu, Mila, Mary, Mimi, Moni, Mini, Mela and Mulan – live with the Semler family, in Kissimmee, Florida and enjoy each other company very much.

Vanessa says that Milly and her clones have exactly the same personality and looks, but some of the clones are slightly larger than the original. Since then researchers at Sooam have created 37 other clones of the world’s smallest dog.

Saxon is a prolific writer with passion for the unusual. I believe the bizarre world is always exciting so keeping you up to date with such stories is my pleasure
Previous Man Falls From Pear Tree In Imo After Vicious Attack By Bees
Next Burglar Uses Underwear To Conceal Face From Security Camera (VIDEO)