Man Survives After Four Bamboo Poles Pierce Into His Chest 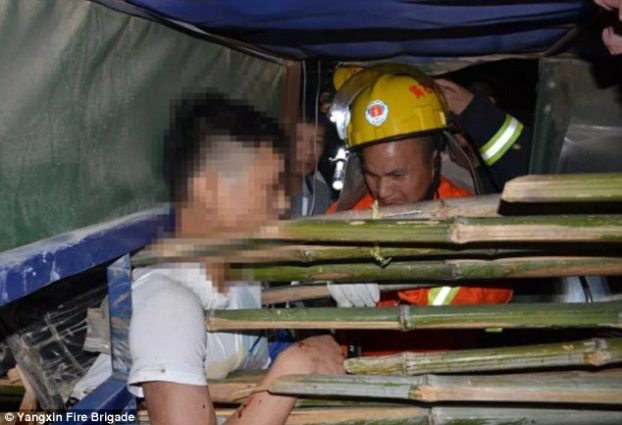 A Pedicab driver in Hubei, Southeast China, has miraculously survived after four bamboo sticks pierced into His body.

The man identified as 25-year-old Mr. List suffered the deadly fate after his cab crashed into the back of a truck carrying several bamboo sticks on Wednesday night. 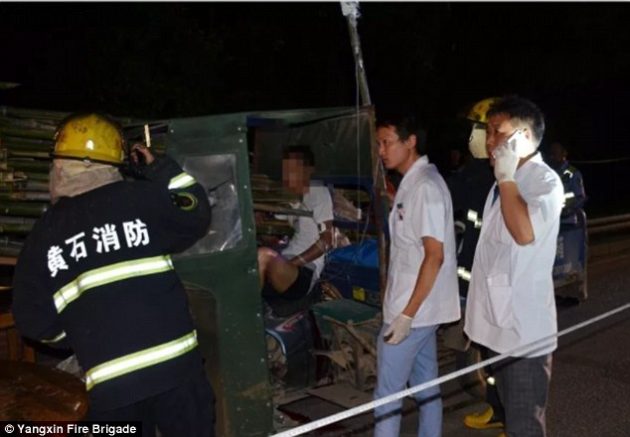 Li is recovering as doctors have managed to remove the bamboo from the man, according to Chinese reports. However, he remains in critical condition.

Mr Li’s pedicab crashed into the truck loaded with bamboo poles at around 10pm in Yangxin, Huangshi city, according to police.

After the crash,  the bamboo sticks slid off the truck due to the pressure of the crash, and four of them pierced into Mr Li.
His survival is still unbelievable to many people.

Saxon is a prolific writer with passion for the unusual. I believe the bizarre world is always exciting so keeping you up to date with such stories is my pleasure
Previous Saudi Woman Arrested For Hugging Male Singer On Stage (VIDEO)
Next Man finds snake eating his wife’s lingerie in bedroom (VIDEO)