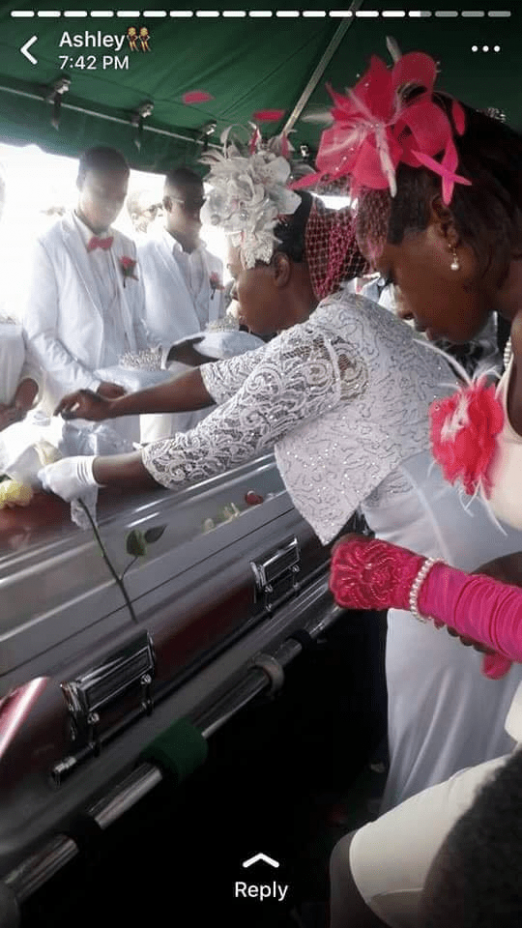 A young lady who died in a car accident one week to her wedding will finally rest ‘fulfilled’ as her fiance has gone ahead with the ceremony by officially wedding her corpse.

The woman is said to have been in a relationship with her fiance for five years and had always wished to marry him. Families of both the dead woman and the man agreed to fulfill her wishes by ensuring that the marriage happened as a way of giving her a colourful sendforth, reports Face of Malawi. 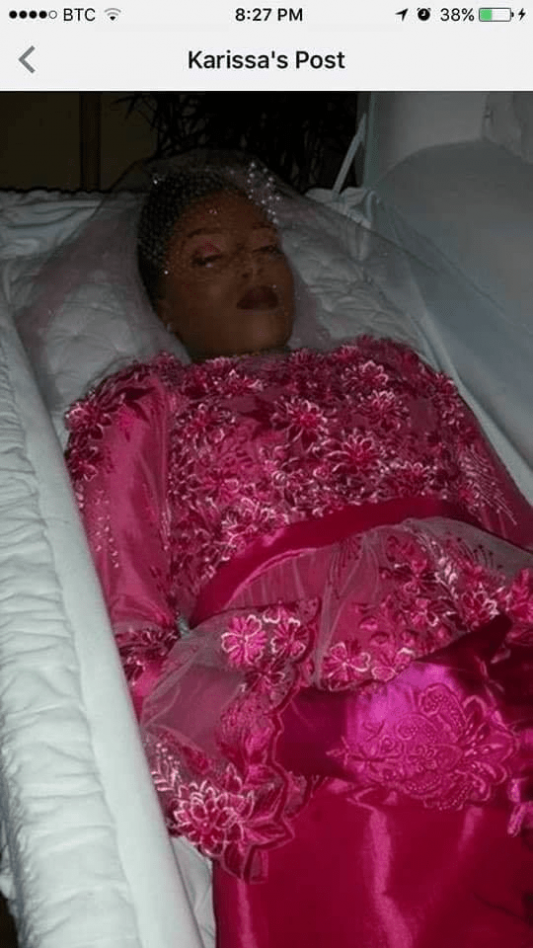 The place where this happened was not stated by the social media user who shared this information online with pictures taken at the wedding ceremony.

The man was present to ‘exchange’ marriage vows with the woman’s corpse and kissed her afterwards. How she responded “I do” during the ‘exchange’ of vows was not exactly stated in the report. 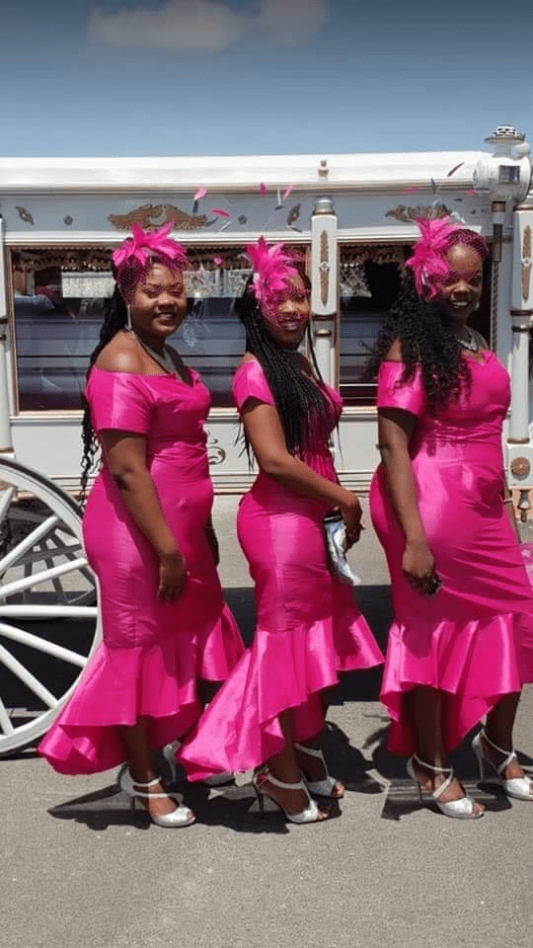 Saxon is a prolific writer with passion for the unusual. I believe the bizarre world is always exciting so keeping you up to date with such stories is my pleasure
Previous Chinese Woman Surprisingly Doubles In Weight After Taking Weight Loss Pills For Seven Years
Next See Hilarious Poster Warning Against Urinating Outside One Office Complex In Anambra