Home / Asia / In Case You Missed This! See Unforgettable Confession Of A Mortuary Attendant Who Says He Sleeps With Dead Bodies Everytime (Watch Unbelievable VIDEO)

In Case You Missed This! See Unforgettable Confession Of A Mortuary Attendant Who Says He Sleeps With Dead Bodies Everytime (Watch Unbelievable VIDEO) 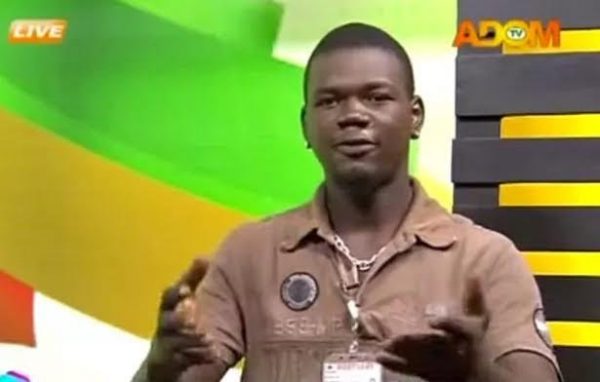 In case you missed this video I think it’s one wacky video you would want to see.

If you missed this video you have the opportunity of watching it now. It has started trending again. This may be the most bizarre video you’ll be watching for a while.

A Cameroonian mortuary attendant working in a teaching hospital in Ghana confessed on national TV that he sleeps with dead bodies everytime. He says that’s a way he satisfies his sexual urge since no lady wants to marry him because he works in a mortuary.

Though this interview happened in April 2016, it is trending again in the social media and you need to watch it yourself.

The man identified as Sharkan Lucas made shocking revelations on how he took to having sex with dead bodies due to constant rejection from ladies because he works as mortuary attendant.

Lucas, an attendant at Korle-Bu Teaching Hospital, insisted he was mentally stable.

Speaking on Ghanaian TV station ADOM TV, the mortician claimed that sleeping with the dead women (an act called necrophilia) was part of the training he received when he was hired at the hospital in Ghana.

According to him, “I do it many many times. That is the training you have to do that, because once you have done that you will not be afraid of them again. If you want to bath the dead body, you will carry her legs up to wash her private part, that’s why we are taught to learn to sleep with the corpses. When I am inside the mortuary, I see some fresh girls and I satisfy myself.

“Being with dead bodies is normal for me because I am with them day and night. I feel like they are living whenever I am at work.

“Besides, I wanted to marry but the girl says I am a mortuary man. I can satisfy myself at the mortuary because girls don’t want to date me outside or live with me for fear that I may kill them. Living women rejected me because of my job, that is why I am still single.

“Since I was born, I have never slept with a living being. Working in a mortuary is a gift God gave me, it’s my talent. It’s very rare, not everybody can do it.

“I am okay, I have no mental issues,” he added.

Meanwhile, Lucas said he was sacked shortly after he divulged his affairs on camera.

He said, “When I got back to work three day after (yesterday), my colleague said my supervisor brought policemen to arrest me. They did not let me go near the mortuary again and I have worked with them for 2 years and 6 months and I have not been paid.

“I want them to pay my money so I can go back to my country,” Lucas said.
You need to watch the video yourself.

Saxon is a prolific writer with passion for the unusual. I believe the bizarre world is always exciting so keeping you up to date with such stories is my pleasure
Previous See Hilarious Poster Warning Against Urinating Outside One Office Complex In Anambra
Next Man Makes Designer Unisex Skirts, Vows To Make Skirts Popular Among Men Again (VIDEO)