Home / Europe / Have You Heard Of The Quidditch World Cup?

Have You Heard Of The Quidditch World Cup? 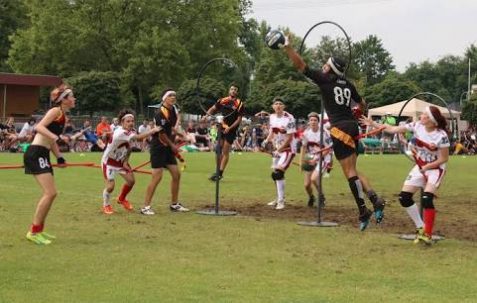 You must be fresh from watching the FIFA men’s football World Cup. But what you may not know is that another world cup took place within that time. It is called the Quidditch World Cup.

By the way, this year’s Quidditch World Cup was won by USA after defeating Belgium in the final game. It took place in the Italian City of Florence on Sunday July 1.

The Quidditch game truly looks Hilarious. Players move with sticks inbetween their legs like watches and wizards while struggling to get a balls through suspended holes to score a point. 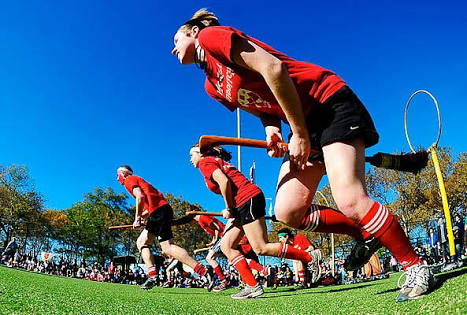 The game is adapted from J.K. Rowling’s Harry Potter books. In the real-life game, two teams of seven players run around with broomsticks between their legs and engage in a full-contact, co-ed contest with elements of rugby, dodgeball and wrestling.

More than 800 players from as far afield as Iceland and Hong Kong took part in this year’s Quidditch World Cup – the largest yet staged in the muggle universe.

In the early rounds it was favorites USA and Australia who set the pace in the groups stages, played in sweltering temperatures.

In the first semi-finals USA beat Britain for a place in the final for the fourth time. Belgium became first-time finalists after beating Turkey. 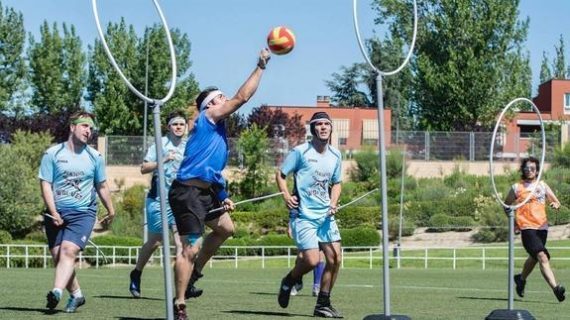 The USA won the match 120 to 70, after Harry Greenhouse grabbed the ‘snitch’ within minutes of it coming onto the field, tied to the back of another player.

The first World Cup was held in Oxford in England back in 2012, when the USA took top honors. The team took the title again in 2014, but Australia caught the snitch to snatch victory two years ago in Frankfurt, Germany.

Saxon is a prolific writer with passion for the unusual. I believe the bizarre world is always exciting so keeping you up to date with such stories is my pleasure
Previous Man Caught Driving Car Sitting On Metal Bucket, Steering With Pliers
Next Woman Records Wacky Video Of Squirrel Eating Content Of Discarded Condom