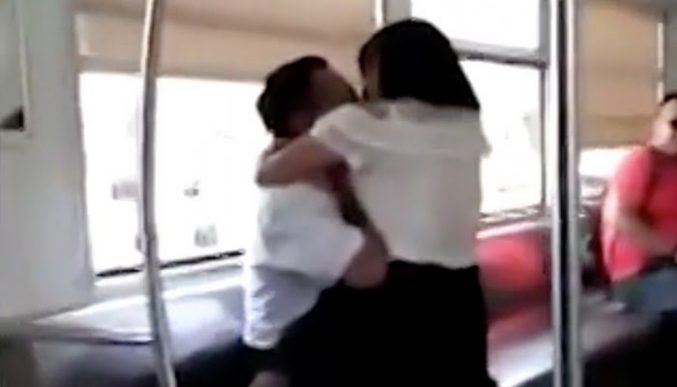 A Chinese woman suddenly turned mad after gnawing her teeth into a man’s face in a subway.

After taking a deep bite into the man’s face,  the woman suddenly stripped completely naked and began to demonstrate apparent mental breakdown.  The incident forced the subway train tonne evacuated.

The woman was immediately arrrested by security operatives. 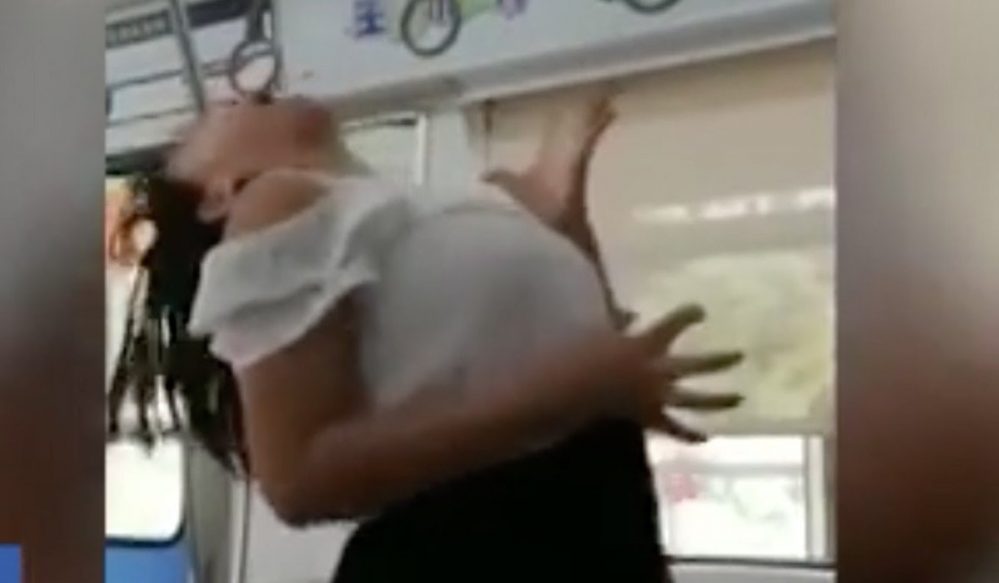 The incident took place on Wednesday July 18, in the afternoon on Southwest China’s Chongqing’s Metro Line 3.

A viral video taken by a passenger shows the woman, later identified as surnamed Li, 36, straddling the seated victim while biting his face and drawing blood.

The victim, 56-year-old surnamed Gao, hits Li in the head as he struggles to get away.

The uploaded video then shows the woman appearing to lick the floor of the carriage, which had long cleared out of passengers.

The video shows after the man escaped Li’s grasp, she fell to the floor and started tearing her clothing.

Another video from Thepaper.cn showed the woman acting strangely and screaming before she started to attack the man.

Chongqing Rail Transit issued a statement at about 6pm saying the 36-year-old woman lost control of herself due to problems in her marriage.

Law enforcement detained Li and Gao was sent to hospital.

Reports have it that Li had suffered a mental breakdown following an argument with her husband.

Saxon is a prolific writer with passion for the unusual. I believe the bizarre world is always exciting so keeping you up to date with such stories is my pleasure
Previous Woman Gets Vicious Abuses And Accusations Of Animal Cruelty Because Of Her Incredibly Life-like Cake Designs
Next Indian soldier’s remains found on glacier 50 years after plane crash