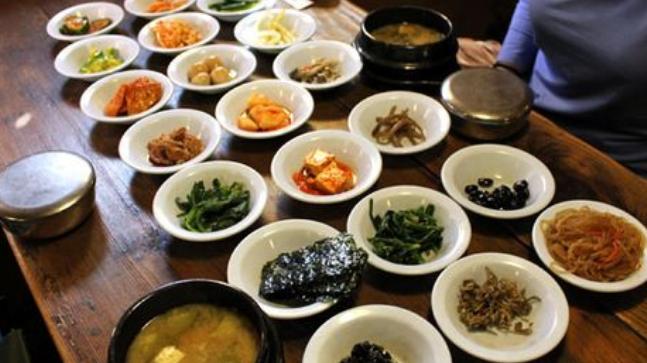 North Koreans are currently depending on a special delicacy to beat the hot summer. That special dish is spiced dog meat soup.

Sweet dog meat is believed to be a stamina food in Both North and South Korea and is traditionally eaten during the hottest part of the year. Would you believe that dates for eating the dog meat are set according to the lunar calendar to fall within the hottest time of the year? This year the dates fell on July 17 and 27, including August 16, three hottest times of this year.

Served with that glass of beer, restaurants in the country are now offering bowl after bowl of the season’s biggest delicacy, spicy dog meat soup, which is also known as “dangogi”.

On both sides of the Demilitarised Zone, dogs used for their meat are raised on farms.

“It’s been our national food since olden times,” explained Kim Ae Kyong, a waitress at the Pyongyang House of Sweet Meat, the largest dog specialty restaurant in the North Korean capital. “People believe that heat cures heat, so they eat dog meat and spicy dog soup on the hottest days. It’s healthier than other kinds of meat,” she added.

There’s a variety of special dog dishes on the restaurant’s menu, including ribs, hind legs and boiled dog skin.

This traditional practice is actually attracting protests from the youngest generation of Koreans.
The protest groups are increasing pressure to ban dog meat altogether.

(With inputs from AP)

Saxon is a prolific writer with passion for the unusual. I believe the bizarre world is always exciting so keeping you up to date with such stories is my pleasure
Previous Policemen Chasing Suspect Shoot Security Expert
Next Video Of Shocking Moments Leopard Entered Doorless House Of Farmer, Has Close Shave With His Son