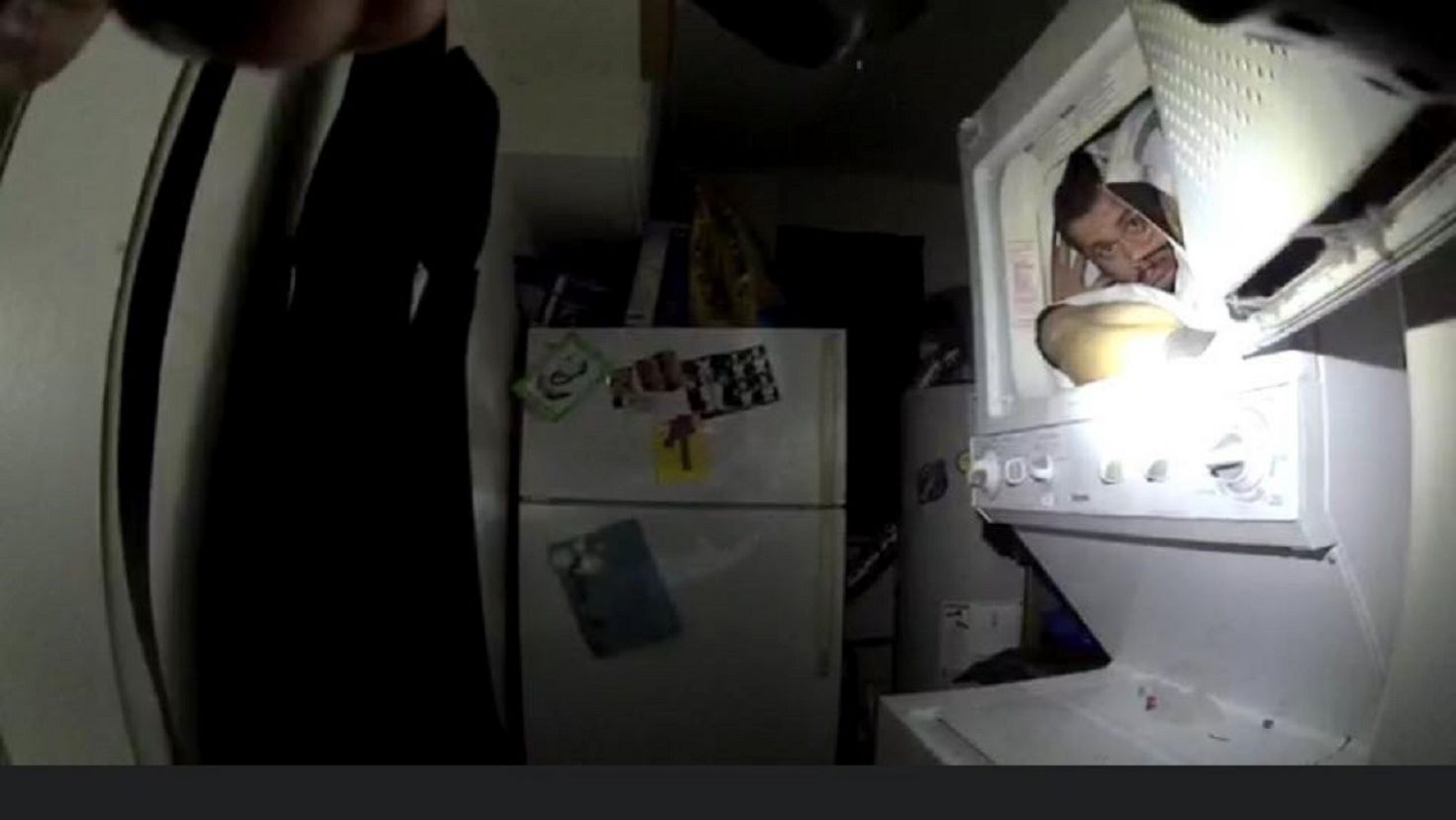 This weird story shows how crime suspects could go to any length to avoid being nabbed by the police.

A man who had violated a protection order went into a house but did not emerge when police arrived.

After hours of search it was discovered that the man had squeezed himself into a dryer in the house to wait out the police search but it didn’t workout for him.

The incident happened in Spokane, a city in eastern Washington State.

Washington state authorities took to Facebook last weekend, precisely on Sunday July 22, to share an image of the suspect whom they said hid out in a dryer.

“The adult version of hide and seek never turns out well for anyone,” Spokane police said. “What is depicted in this body camera footage frame is the lengths that some suspects will go through to avoid police.”

Authorities explained that they “were working on a tip from our Domestic Violence Unit that an offender may go back to the victims home, thus be in violation of a protection order [sic].”

According to Spokane police, the suspect went indoors and refused to emerge.

“(Yes that is an apartment sized stackable washer and dryer combo) [sic],” they confirmed.

A K9 found the man, and nobody was harmed, according to the post.

The suspect was arrested for violating a no-contact order, police spokeswoman Cpl. Teresa Fuller told Fox News in an email.

Saxon is a prolific writer with passion for the unusual. I believe the bizarre world is always exciting so keeping you up to date with such stories is my pleasure
Previous Greece Struck With Flash Floods Days After Prayers For Rain
Next Outrage As Visitors Discover Zoo Fooled Them By Painting Donkeys To Look Like Zebras