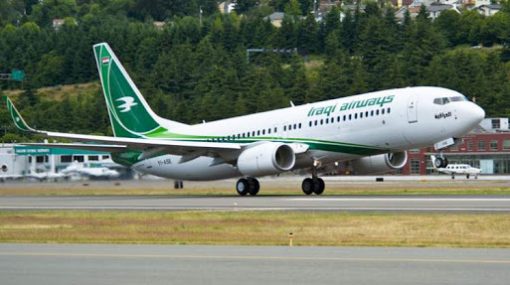 Two pilots have been suspended by an Iraqi airline for fighting over a food tray while their international flight was in transit with more than 157 passengers plus crew on board.

Though the two pilots went ahead to land the plane safely in Baghdad, they continued their quarrelled after landing, as passengers alighted.

The incident occurred on a flight to the capital Baghdad from the Iranian city of Mashhad, with 157 travellers on board plus crew.

“Conversation with the pilot became heated because he forbade an air hostess from bringing me a meal tray, under the pretext that I hadn’t asked him for authorisation,” the co-pilot said in a letter addressed to Iraqi Airways management, seen by AFP.

The letter further stated that after the pilot had taken his own meal, he “hit and insulted (the co-pilot), prompting the arrival of a security agent”.

The ‘flying gladiators’ went on with their quarrel even after safely landing the plane in Baghdad.

“The pilot again hit and insulted” his colleague, the co-pilot said, admitting that he also lashed out: “I had to defend myself.”

AFP has not seen the pilot’s account of the incident and the airline did not detail when the scuffle took place.

“The transport ministry has opened an investigation with the two pilots who argued with each other in-flight,” Iraqi Airways said late Wednesday.

Both have been suspended, the airline said, warning that the two employees “will not escape the toughest sanctions… such as a lifetime flying ban”.

Saxon is a prolific writer with passion for the unusual. I believe the bizarre world is always exciting so keeping you up to date with such stories is my pleasure
Previous Couple Freaks Out As ‘Zombie’ Rat Climbs Out Of Their Bathroom Sink
Next Angry Youths Beat Up ‘Friendly’ Police Chief After Bus Kills Two In Ondo