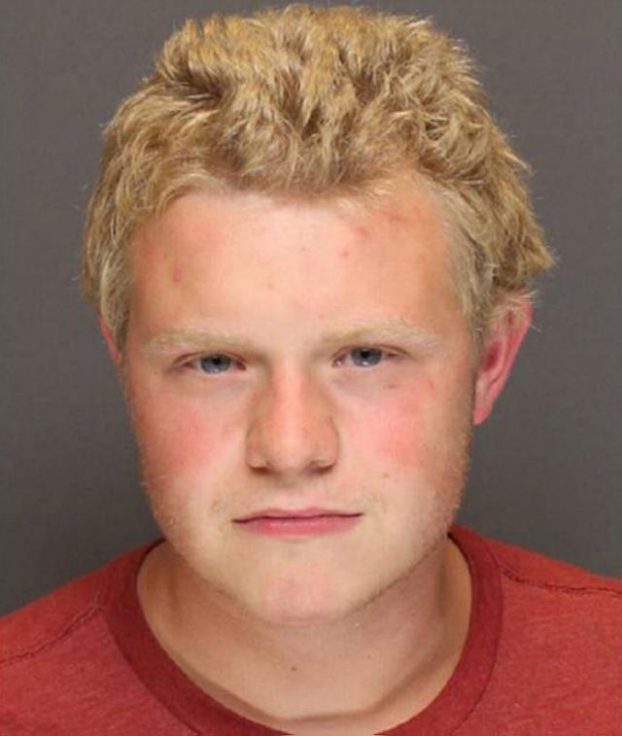 An 18-year-old boy is currently in trouble after throwing a boy, 8, off a 31-foot-high water slide because the line was moving too slowly.

The boy suffered multiple broken bones when he was allegedly picked him up and thrown over the safety railing of a water slide in Minnesota, causing him to plunge about 30 feet, authorities say.

Adams was behind the boy in line at the water park but the individuals did not know each other, police say.

Questioned at the scene by police, Adams, who was in the park accompanied by a female professional personal care attendant, exhibited “some developmental disabilities,” Apple Valley Police Capt. Nick Francis tells PEOPLE.

“The male gave a statement that the line was moving too slow, and so he picked up and pushed the 8-year-old over the top of the slide platform,” he says.

Adams has not entered a plea and will make his first court appearance on Sept. 17, a spokesman for the County Attorney’s Office in Dakota County tells PEOPLE.

The incident at the city-owned Apple Valley Family Aquatic Center occurred just before 1:35 p.m., when police were dispatched in response to an 8-year-old boy with a broken leg, according to a probable cause affidavit.

The boy’s injuries, later diagnosed at a hospital, include the broken femur in one leg, numerous fractures to both feet and shattered bones in a shoulder, the affidavit states. He remains in the hospital and his identity has not been made public, says Francis.

“The family is focusing on the care and recovery of their child, and they have asked that none of their personal information be released,” he says.

The attendant who accompanied Adams to the water park on that day did not witness the incident and was not in the area of the water slide when it happened, he says.

Speaking to police at the water park, Adams “stated that he was waiting in line to use the slide and that it was taking a long time,” according to the affidavit. He “admitted that he threw the child from the platform. Defendant was later interviewed by a detective with the Apple Valley Police Department during which he stated that the line was too long so he ‘pushed’ the child over the railing and saw him fall.”

Francis says the water park has been run by Apple Valley, a municipal suburb of the Twin Cities, for 20 years. “This is absolutely unusual for them,” he says. Emergency calls to the park typically involve “skinned knees, someone takes in too much water, minor medical situations,” he says. “Never do they expect to have someone thrown over the top of the platform down to the ground.”

Adams was booked into Dakota County jail on a $50,000 bond with conditions, and released after posting bond.

The felony assault charge against him carries a maximum penalty of five years in prison and fine up to $10,000.

Saxon is a prolific writer with passion for the unusual. I believe the bizarre world is always exciting so keeping you up to date with such stories is my pleasure
Previous Meet Ronnie And Donnie: The Oldest Conjoined Twins In The World
Next ‘Ancestors’ Order Family To Stay In The Bush For Three Months