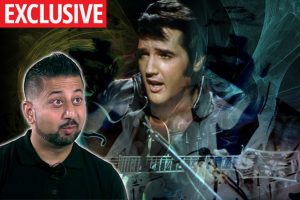 A world renowned ghost hunter has hinted that the spirit of Elvis Presley who died in 1977 is “not at rest. ”

Presley known as The King was just 42 when he tragically died from a heart attack on August 16, 1977.

After his death, countless conspiracy theories surfaced on the internet claiming to have captured the legend on camera dozens of years after his death.

The ghost hunter, Barri Ghai, a paranormal investigator currently appearing in his latest TV series Help My House is Haunted, has now spoken out about those claims.

And while he didn’t agree with theories Elvis is still alive, he did admit there was something troubling about his “spirit”.

In an exclusive interview with Daily Star Online, he said: “Elvis Presley is another spirit that keeps coming forward.
“Someone said that they’re communicating using instrumental trans-communication, which is basically using radio frequencies to allow spirits to communicate.

“Elvis is definitely long gone, the whole conspiracy theories that he is still alive is like Tupac – no.

“But his spirit, seemingly, is not at rest.
“He wants to communicate, he’s there, he’s giving messages to loved ones as well as many other celebrities.”

Vanko is a cheerful writer whose enthusiasm for unusual stories is inspiring.
Previous ‘Rock and Roll Santa Claus’ Appears In London Store 144 Days Ahead To Welcome Early Christmas Shoppers
Next Animal Center In China Accused Of Abusing Dogs After Shocking Video Goes Viral