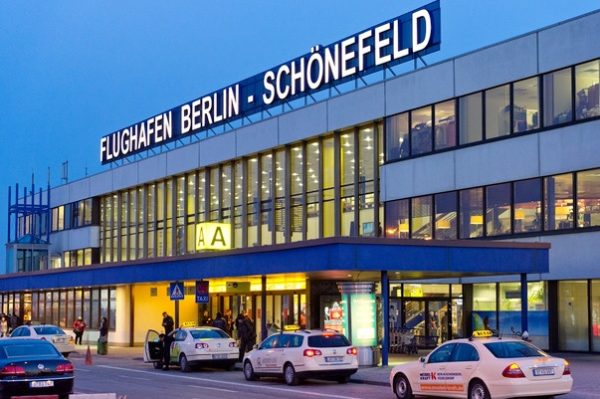 Sex toys became ‘powerful’ momentarily in Germany after they caused the partial closure of Berlin’s Schönefeld airport on Tuesday.

The Federal Police in Berlin say that employees at the airport were conducting routine X-rays of luggage when they spotted “suspicious content in a luggage piece.”

Airport security raised alarm because it was unclear from the initial scan what the bag contained.
The alert was issued shortly before 11 a.m., resulting in the closure of the airport’s D terminal while police investigated the suspicious items.

The owner of the bag was called over the airport speaker system and eventually talked to police about his luggage.

However, he was reluctant to properly explain the contents of the bag — possibly because of embarrassment, according to a federal police spokesperson — saying instead that his luggage contained “technical stuff.”

After an hour-long investigation involving a bomb squad, authorities eventually determined that the items were sex toys.

The airport’s D terminal was reopened at noon.

The incident came on the same day that Frankfurt Airport — Germany’s busiest airport — was evacuated after a family that tested positive for explosives was mistakenly allowed to leave the security area.

Saxon is a prolific writer with passion for the unusual. I believe the bizarre world is always exciting so keeping you up to date with such stories is my pleasure
Previous Actor Who ‘Died’ For 7 Minutes Paints Life-After-Death Pictures Of What He Saw
Next Beauty And The Albino! See Stunning Creative Photography Used By A Professional To Celebrate The Beauty In Albinism; You’ll Definitely Love This (Watch Charming Video)