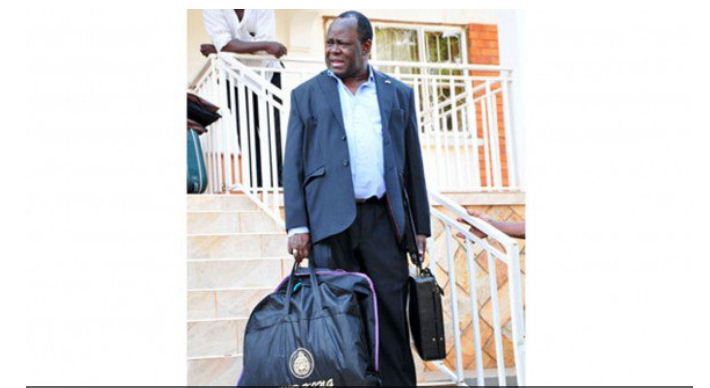 An angry Ugandan politician who had aspired to return to that country’s parliament but recorded an embarrassing loss in the recently concluded parliamentary by-elections has ordered the dismantling of all boreholes he sunk in in his constituency.

Patrick Okumu-Ringa took the decision to dismantle all boreholes he had sunk in the area which had been supplying water to his constituents free of charge for the past two decades.

Okumu-Ringa, in an interview with local medias, accused the constituents of not appreciating his efforts to empower them. He also confirmed he’d indeed sealed the boreholes, insisting he had no regrets over that action.

But he added that he was willing to ‘reconcile’ with residents and assemble the boreholes at an appropriate time.

“I am hurt, but I will reconcile with residents and assemble the boreholes. For now, let them look for water elsewhere. Our people are not appreciative. All I wanted from them was votes. I have educated so many children, but all they tell me is that I have done nothing,” he said.

The process of dismantling the boreholes started on Monday and was concluded on Wednesday, three days after the election results were announced.

Okumu-Ringa is said to own huge chunks of land in the Municipality and had drilled 10 boreholes in different wards which had been supplying water to area residents for free.

But things changed after the man’s bid to make a comeback to Parliament was nipped in the bud on successive occasions.

He initially lost during the ruling party NRM’s nominations but opted to run as an independent candidate, claiming President Yoweri Museveni’s party had rigged him out.

But again, he lost in the main elections, coming a distant third, securing a paltry 1,270 votes out of the 9,940 votes cast.

He lost, again, to the ruling party candidate Hashim Mukulanga who garnered 4,283 votes, with another candidate Robert Onega of FDC Party claiming second place with 4,159 votes.

Saxon is a prolific writer with passion for the unusual. I believe the bizarre world is always exciting so keeping you up to date with such stories is my pleasure
Previous Psychiatric Patient Stabs Two Nurses, Beats Medical Director
Next Malawian Caught Underneath Bus Travelling To South Africa