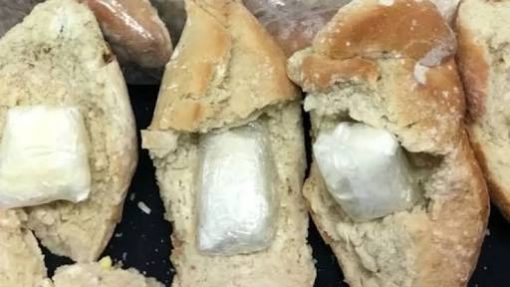 This should come as a nutrition lesson to people in some countries. When you buy bread you may need to open it before you take a bite or you might get high before you sip your tea.

Police in Mexico have uncovered cocaine worth thousands of dollars hidden in more than a dozen loaves of bread while on an airport drug raid.

The cocaine was found neatly wrapped in 15 rolls of bread.
Each of the 15 rolls was filled with a bag containing 120g of cocaine.

Much of the cocaine sourced in Mexico is usually bound for the US, with officials having to deal with an increase in the number of small shipments at airports.
This discovery comes as the country continues to endure an unprecedented spate of murders linked to its war on drugs.

Last year was the worst on record for murder, with more than 25,000 people killed, but 2018 is set to be even higher.

The first six months saw almost 16,000 murders, with a report by the non-government organisation Semaforo Delictivo indicating that most were carried out by drug traffickers.

Saxon is a prolific writer with passion for the unusual. I believe the bizarre world is always exciting so keeping you up to date with such stories is my pleasure
Previous Malawian Caught Underneath Bus Travelling To South Africa
Next Experts Warn Against New Disorder Called Snapchat Dysmophia Involving People Who Take Selfies; Find Out If You’re Already A Victim