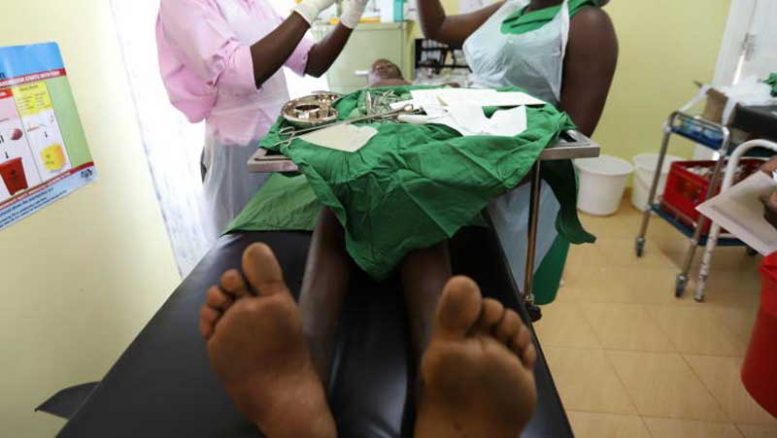 A teenage boy in Marimanti town, Kenya, who was seen taking alcohol with circumcised men has been forcefully circumcised.

The 19-year-old boy’s father had complained that his son had adopted the habit smoking and drinking alcohol against his numerous warnings. “Since he has been reluctant to be circumcised, I warned him against taking alcohol and smoking especially in presence of circumcised men but this has been landing in deaf ears,” he said.

He further said that that his son’s habits and unwillingness to face the knife had earned him mockery from his peers to an extent that he could not take a cup or two of traditional brew in peace. “I have not been having peace while taking my brews in presence of other elders following their criticism and mockery in relation to my son.

They had branded me as a man who never gets his sons circumcised and I have not been liking this,” he said. It is for this reason that the father authorised men from Marimanti town to force his son to be circumcised after getting wind that he was sighted in a certain bar.

The men found him enjoying a drink and drove him towards Marimanti Level Four Hospital where he was circumcised.

His family members, villagers and his agemates broke into dance and celebrations after getting information that he had been circumcised. Women from the area broke into jubilations, saying that their son was now ready to get married.

In Tharaka Nithi County and Meru community in general, boys are usually circumcised at the age of 14-15 years especially after completing their primary education course.

Saxon is a prolific writer with passion for the unusual. I believe the bizarre world is always exciting so keeping you up to date with such stories is my pleasure
Previous Business Man Caught Having S3x With Wife In Hospital Ward In Front Of Other Patients
Next I’m Coming After You – Nigerian Anas Tells Politicians