The Most Expensive Necktie In The World Costs N79 Million 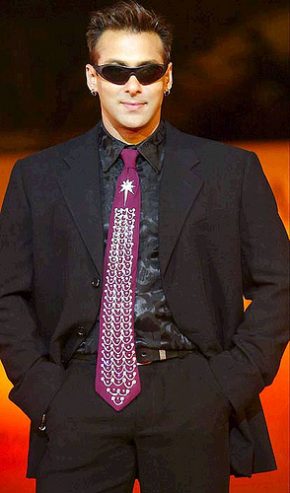 Class is expressed in every form, including dressing. But you may say the necktie is a bit too negligible as a channel for expressing class and gorgeousness. Well, you may be wrong because to the classy, every item on the body is important and luxury fashion is not limited to specific dresses.

The Suashish Necktie is the most expensive tie in the world. It is valued at a whopping $220,000 (about N72 Million). It has also been described as the most impressive and luxurious one ever made. Before you freak out just find out what the necktie is made of. This incredibly classy necktie is made of pure silk, and fashioned from 150 grams of gold, and 271 diamonds. Though the silk material itself is very expensive, it is worthy to note that without the gold and diamonds, this tie would be as expensive as it is. The Suashish Necktie is the work of the Satya Paul Design Studio who teamed up with the Suashish Diamond Group to create a piece of the utmost extravagance. The classy go for luxury fashion that marks them out and the Suashish Necktie is class personified.

Tags most expensive necktie in the world Suashish Necktie

Saxon is a prolific writer with passion for the unusual. I believe the bizarre world is always exciting so keeping you up to date with such stories is my pleasure
Previous Suspected Kidnapper Who Fell Asleep At Victim’s Home After Taking Tramadol Dies In Police Custody
Next Man Serving Life Sentence Matriculates In Awka Prison As Masters Degree Student